Adopt a Tree: Meet the folks standing up to WestCONnex

A massive THANK YOU to everyone who's signing up to Adopt a Tree to help Save Sydney Park and stop WestCONnex! We'd love you to meet just a few of the wonderful folks who've done so - and for you to join them.

All you need to do is Adopt a Tree online, make a donation if you can, and send us your pic with a paragraph or two about you and why you chose to adopt. 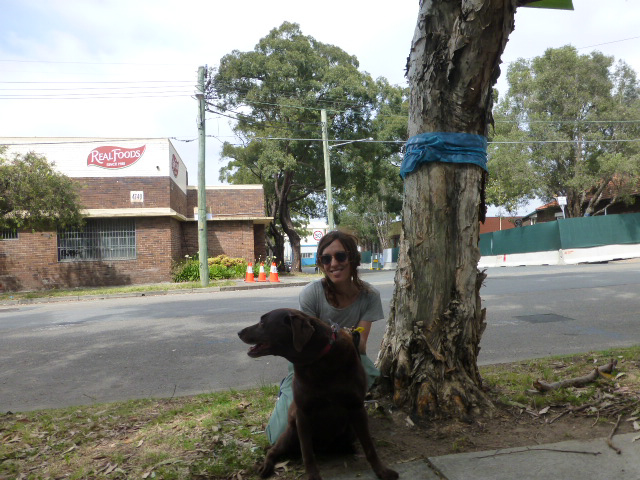 Much-loved media personality Julie McCrossin is renowned for her commitment to social justice.

"I'm down here selecting a tree because a great big slice of Sydney Park is going to WestCONnex, and I'm very sorry that so much of the inner-city community that I love and have lived in for more than 25 years is being turned into little islands between lines of traffic. I have immense empathy with the people who travel from Sydney's west, I did it for more than 15 years myself. We just need more public transport." 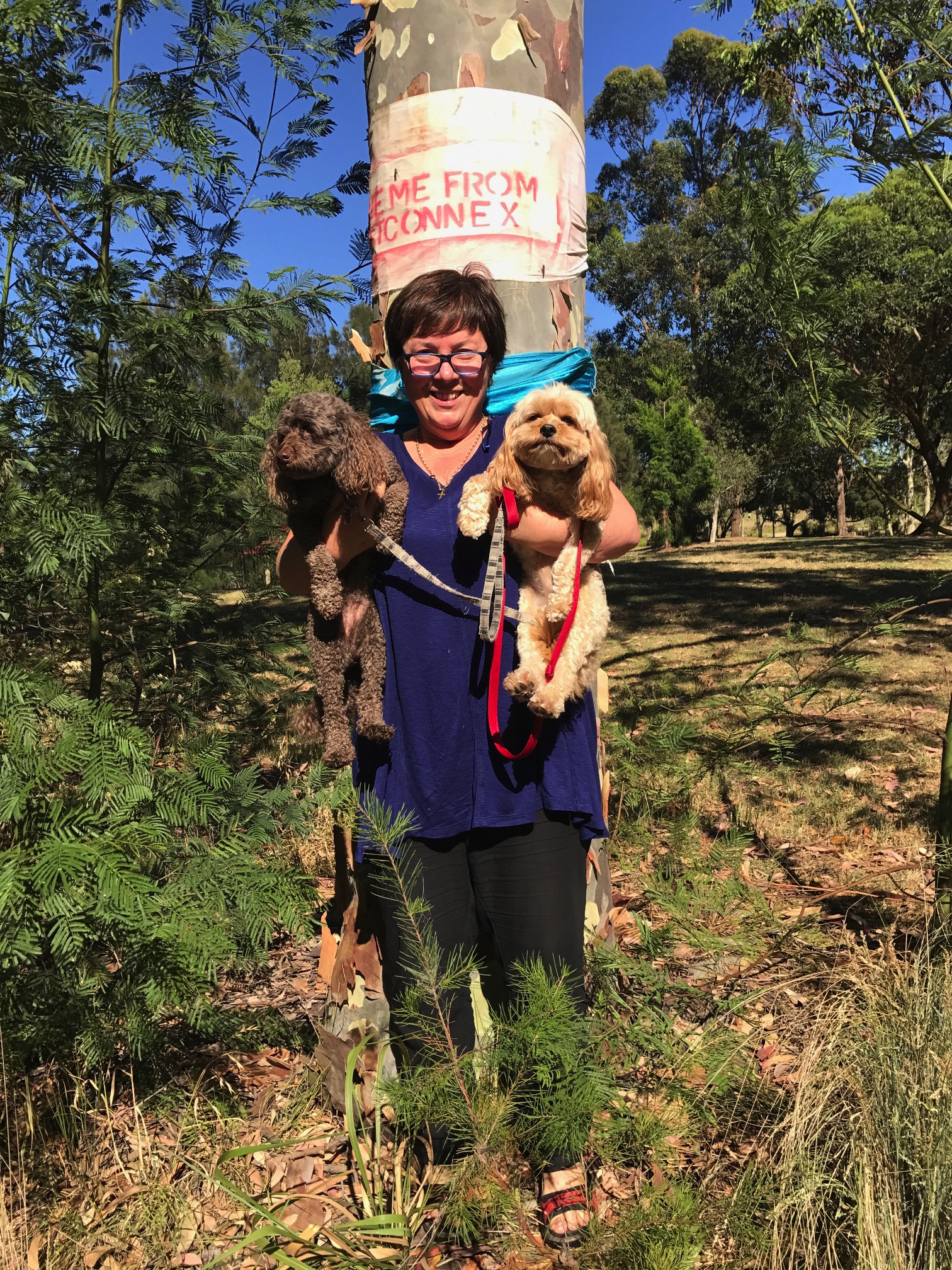 Paul is a well-known political and gay rights activist who loves Sydney Park, and can regularly be seen walking his dogs there. He's proud to call himself a "very left ratbaggy greenie", and works hard in community activism both in Australia and overseas. He's also a fabulous cook, occasional restaurant reviewer, and sometime actor, who last appeared at the Opera House in All the Sex I’ve Ever Had. 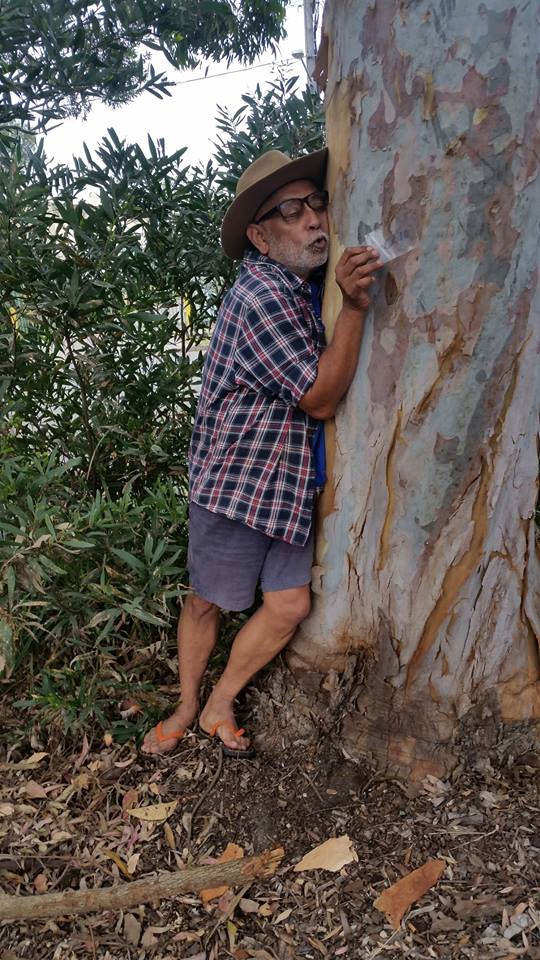 Pauline is one of WestCONnex Action Group (WAG)'s fiercest campaigners. She and her family had lived in St Peters less than two months when they were told their home would be forcibly acquired for the tollway. But she'd been a key part of WAG even before this, as she knew WestCONnex would not only devastate her local community, but also fail to ease traffic congestion or benefit people like her family in western Sydney.

In 2016 Pauline was named Newtown Local Woman of the Year for her work as a community activist against WestCONnex. Her adopted tree is home to a pair of Tawny Frogmouths, who like Pauline's family, will lose their home to Mike Baird's tollway if the destruction goes ahead. 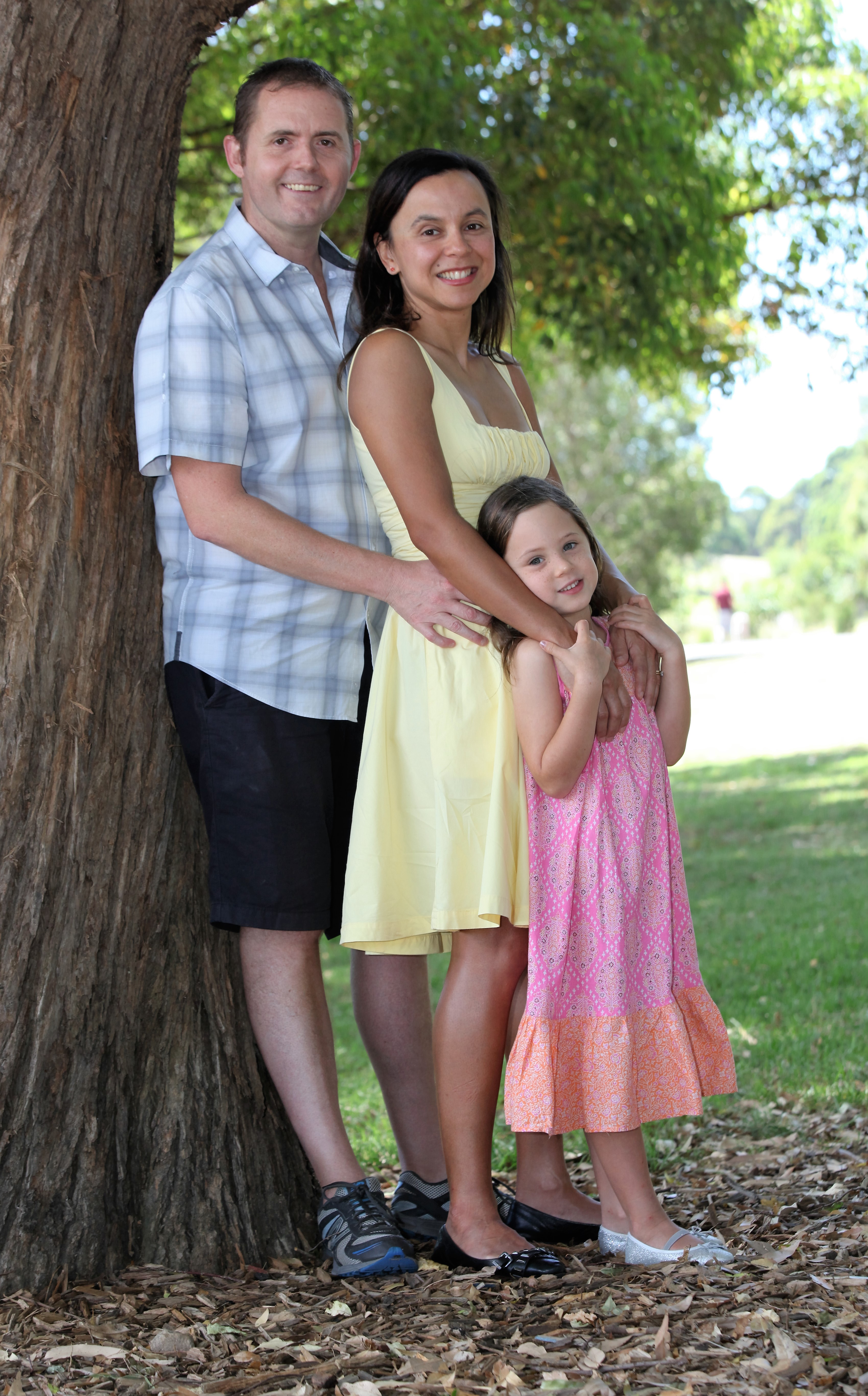 Janet is one of WestCONnex Action Group's founders, and has spent years tirelessly fighting for her community against this tollway.

"About a year ago, I climbed my this tree (with the owners' permission!) to wrap a ribbon around it to show that it was going to be UpROOTED for WestCONnex, along with the home and the family within. The ribbon has long been removed, as this tree and the formerly much-loved family home is due to be bulldozed in January 2017; that's not far away. I believe this dirty tollway should not go ahead; it's ruining lives, uprooting communities and is a waste of money. Sydney deserves better - adopt your tree today!" 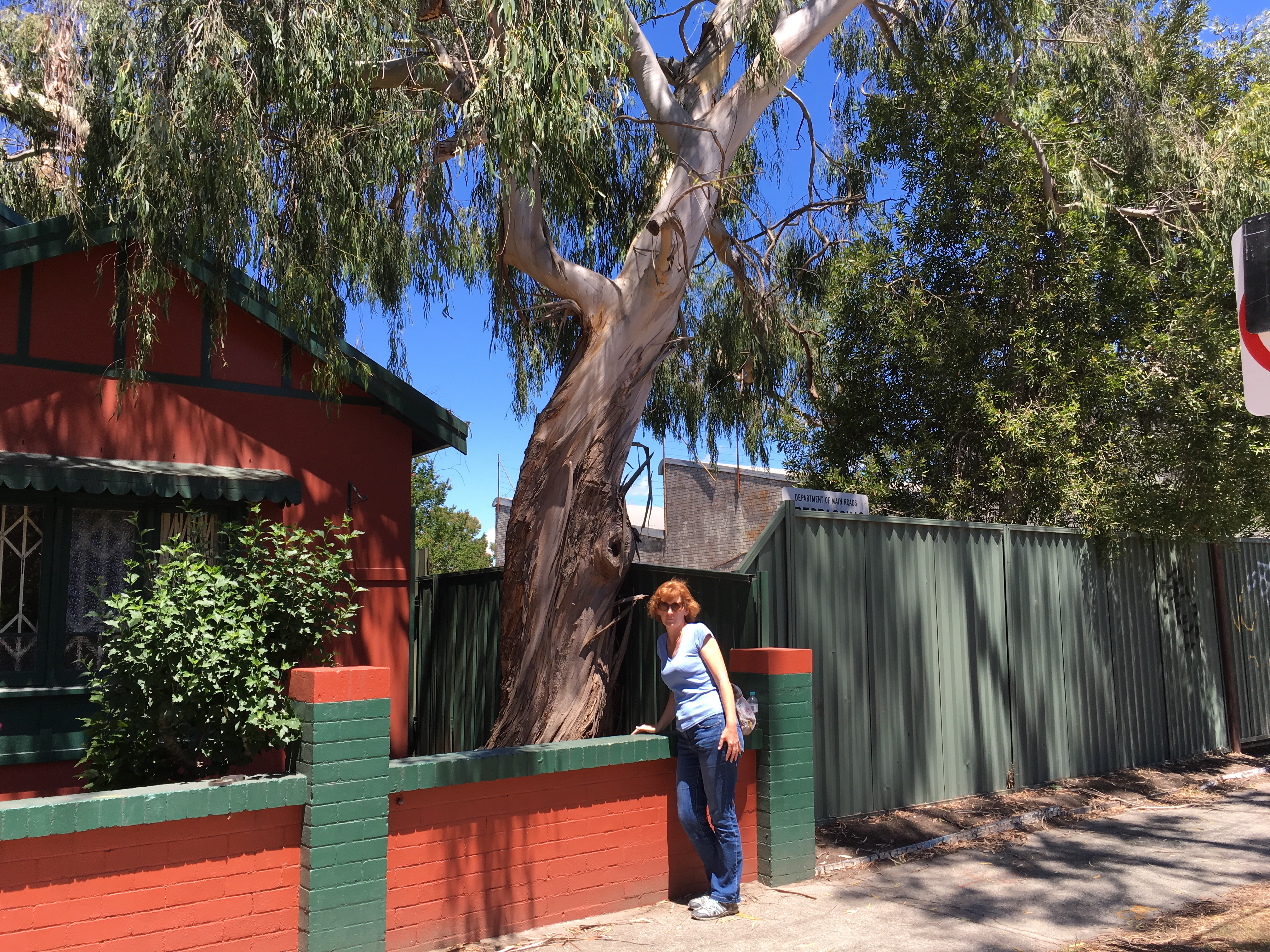 Emma Bacon is a Greens candidate and a long-term activist on many issues, including WestCONnex. She's adopted one of the trees marked for destruction around Sydney Park.

"Here's my paperback on Campbell Rd. I've been involved with the actions to save Sydney Park since the beginning of the protest site, and have spent nights at the camp maintaining the 24/7 presence. I grew up locally and I love this park, but this campaign is also about taking local direct action on an issue that affects everyone in NSW. I'll be defending my tree, and the rest, from Baird's bulldozers and chainsaws when they come." 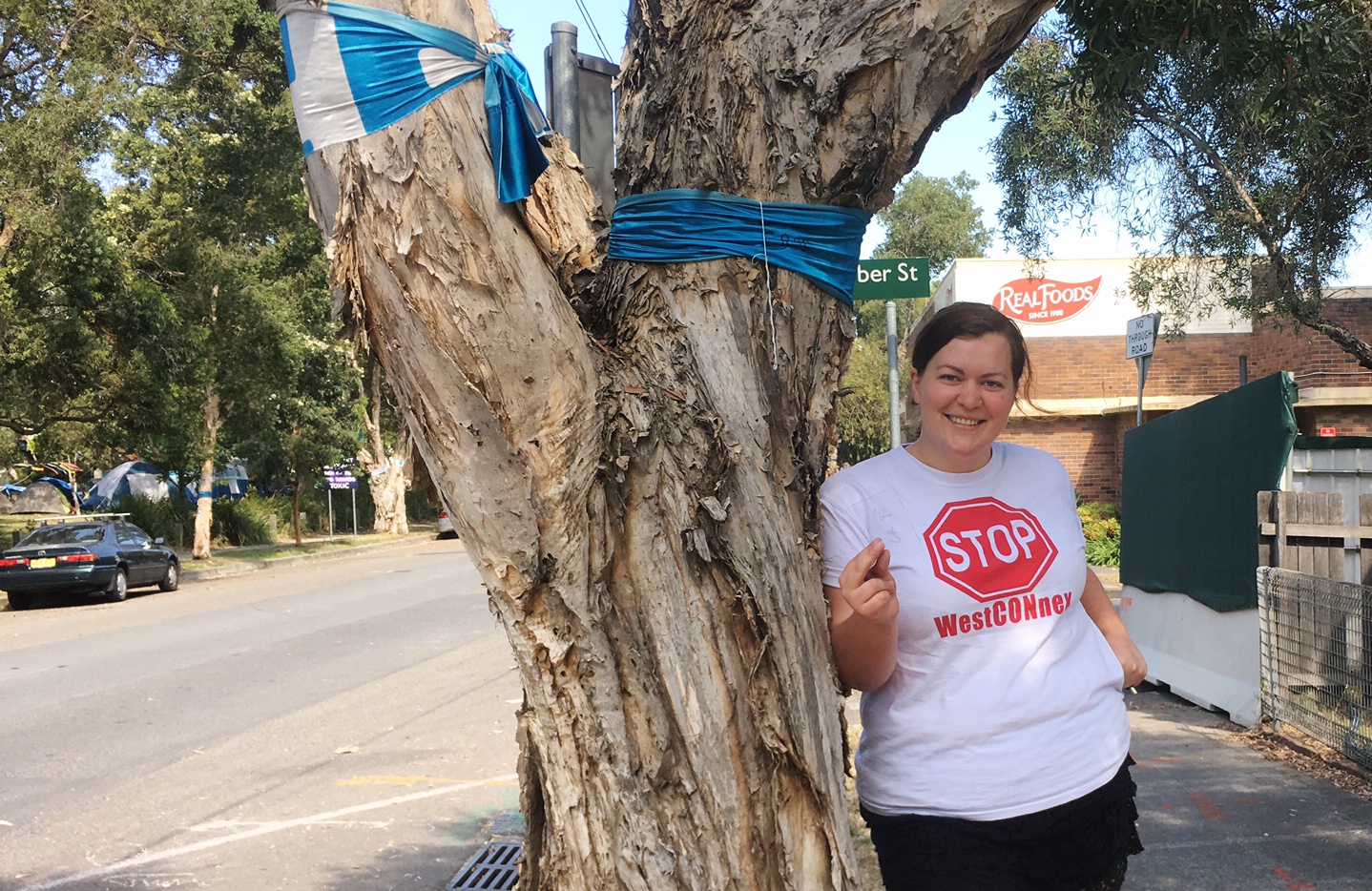 Kelly is a Greens candidate, union and public education activist, as well as a mum of two, teacher, and resident of Kingsgrove in Sydney's south west.

Kelly decided to Adopt a Tree after her St George Greens group visited the Save Sydney Park camp. They took photos of "the whole set up", because "we want to be ready for our own direct action if and when things get going at our end" - something we were very happy to hear, given the WestCONnex New M5 will have a devastating impact on Beverly Hills, Kingsgrove, Arncliffe, and many other parts of south west Sydney if it goes ahead. 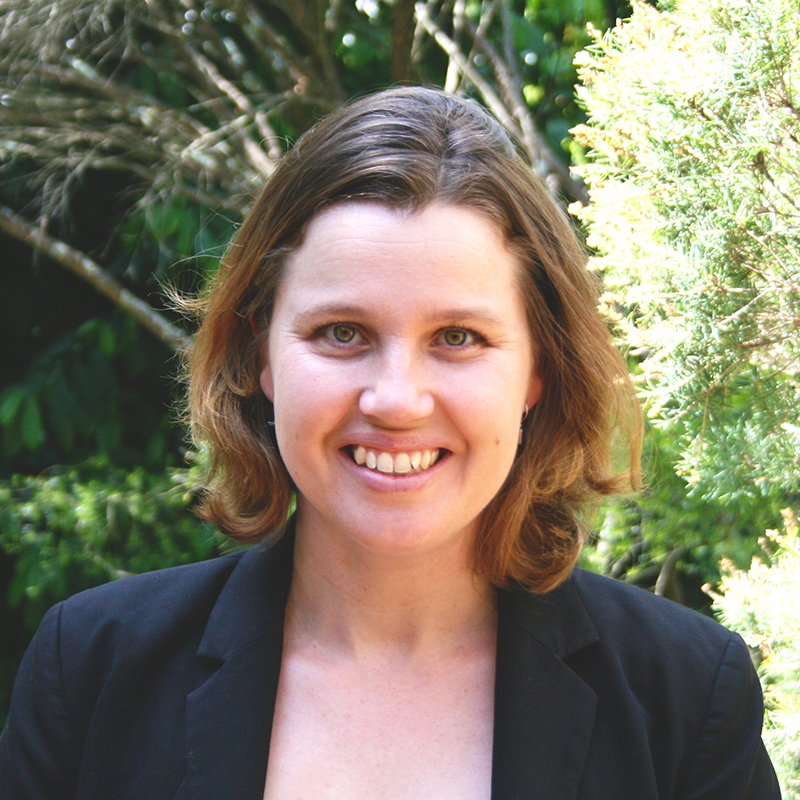 St Peters resident and tireless activist Anne Picot has been campaigning against WestCONnex for over two years.

"This is my tree: a grevillea on Euston Rd on the corner of Sydney Park, which will be covered by a massive concrete intersection of the WestCONnex New M5 interchange at St Peters. We need to stop the St Peters Interchange to protect Sydney Park. By encouraging people to visit the park to select a tree, they will see what a threat this interchange is. I chose this grevillea because I love their flowers, and they are very important for cover for the small animals for whom Sydney Park is home." 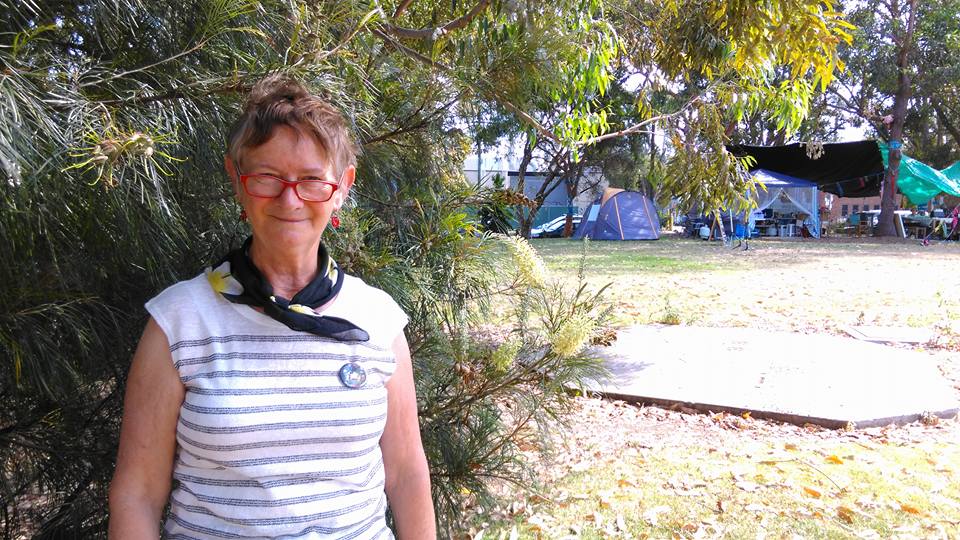