Thousands of people of all ages will come together at the north-eastern corner of the park to protest the destruction of Sydney Park and support the nearby anti-WestConnex blockade, where residents have been camping out around the clock for nearly two weeks.

The family-friendly festival will be held on the Euston Rd side of Alan Davidson Oval, near the Sydney Park Pavilion. It will start at 1pm on Saturday 1 October and end at sunset. 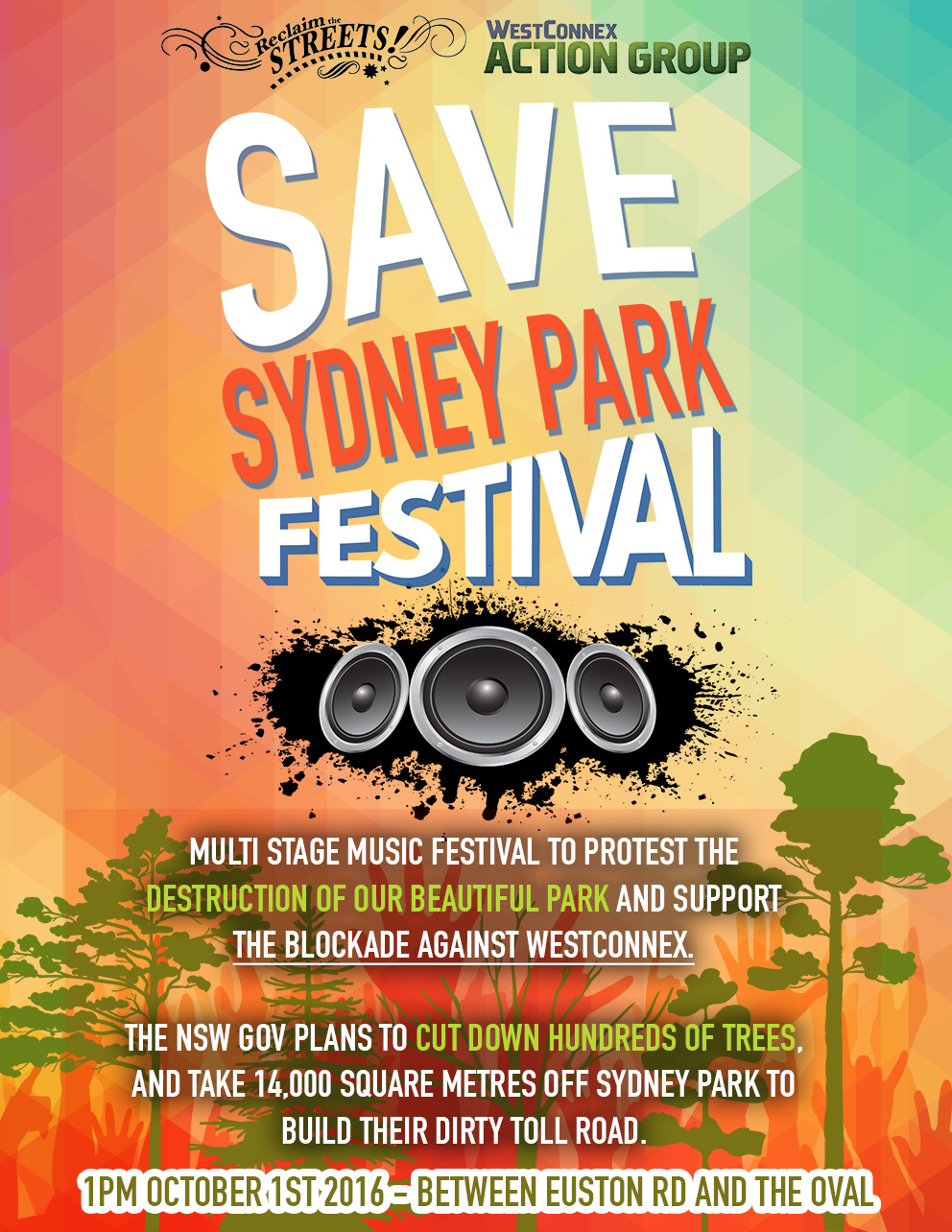