Residents' group Leichhardt Against WestCONnex (LAW) recently met with the Sydney Motorway Corporation (SMC) on 17 November 2016 about plans to create a mid-tunnelling construction site for the WestCONnex M4-M5 Link at 7 Darley Rd, Leichhardt. Here's the report they wrote up on the meeting, along with notes about what you can do to help. 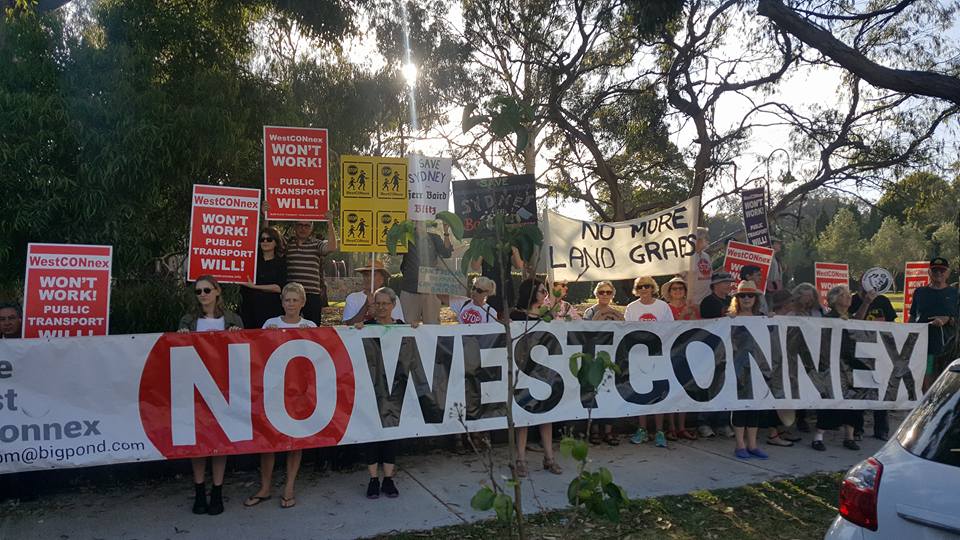 Residents protest in Leichhardt against WestCONnex / AECOM drilling for the unapproved M4-M5 Link.

We met with Peter Jones and Kylie Cochrane from the SMC, Lisa Chikarovski from the Roads and Maritime Service (RMS) and the Inner West Council. Also in attendance was an expert engineer appointed by the Council, who was engaged after we lobbied for the appointment and for independent advice about SMC's proposal.

During this nearly two-hour long meeting, LAW expressed their disappointment at the lack of detailed information released by the SMC in the three months since their community information session in Leichhardt, when Peter Jones (who is the Project Director for the M4-M5 Link) revealed that 7 Darley Road was the proposed mid-tunnelling construction site.

We were informed that the SMC's plan is to 'stage' the truck movements from the wharf area at James Craig Road in Rozelle along the City West Link into Darley Road. LAW does not accept that this can happen without traffic gridlock. Peter Jones had no explanation as to how 12 to 15 trucks per hour that would need to access the site could do so without drawing traffic to a halt.

There were some concessions/clarifications made by Peter Jones:

During this meeting, it was clear the Peter Jones has decided that Darley Road is the site he wants to use, although he recognised that "it is not a great site".

We were also disappointed that Peter Jones was not aware of the history of the site as a traffic black spot, or that there had been two fatalities there in a five-year period. He clearly had not taken into account the role that Darley Road plays as a pedestrian access point for the dog park, the Bay Run, schoolchildren and their parents, Leichhardt pool, and light rail users.

Peter Jones also had no explanation as to what alternative route cars would use on their daily commute when the level of service at the City West Link intersection deteriorated. Any such questions were met with the response that "we are still in design phase".

LAW's view is that you do not need to progress to detailed design stage - several months and several hundred thousand dollars later - to know that the site is wholly unsuitable to accommodate the movement of hundreds of trucks a day. It is our view that RMS should be consulted about SMC’s plans now, not in several months' time. The Council Administrator also agreed that any "showstopper" issues should be addressed early in the design stage, rather than at the environmental impact statement (EIS).

We were also disappointed that Peter Jones brought along no information whatsoever about traffic modelling at the site, or enquiries that had been undertaken into alternative sites - despite our very clear request that he do so.

LAW will meet with Peter Jones again in a few weeks to receive an update on alternative sites and to obtain more detail about what permanent tunnel facilities will be left on the site. LAW will also work with the independent expert engineer to explain our concerns about the use of 7 Darley Road. LAW will be reporting back to RMS and meeting with them in relation to our concerns about traffic and safety on Darley Road.

We also remain opposed to all aspects of this project and will continue to fight WestCONnex at all levels.

LAW are also looking for people to share their experiences of motor vehicle accidents and issues on Darley Rd, as not every incident is reported. If you would like to share your story, you can post it on LAW's Facebook page, or email us and we'll pass it on. 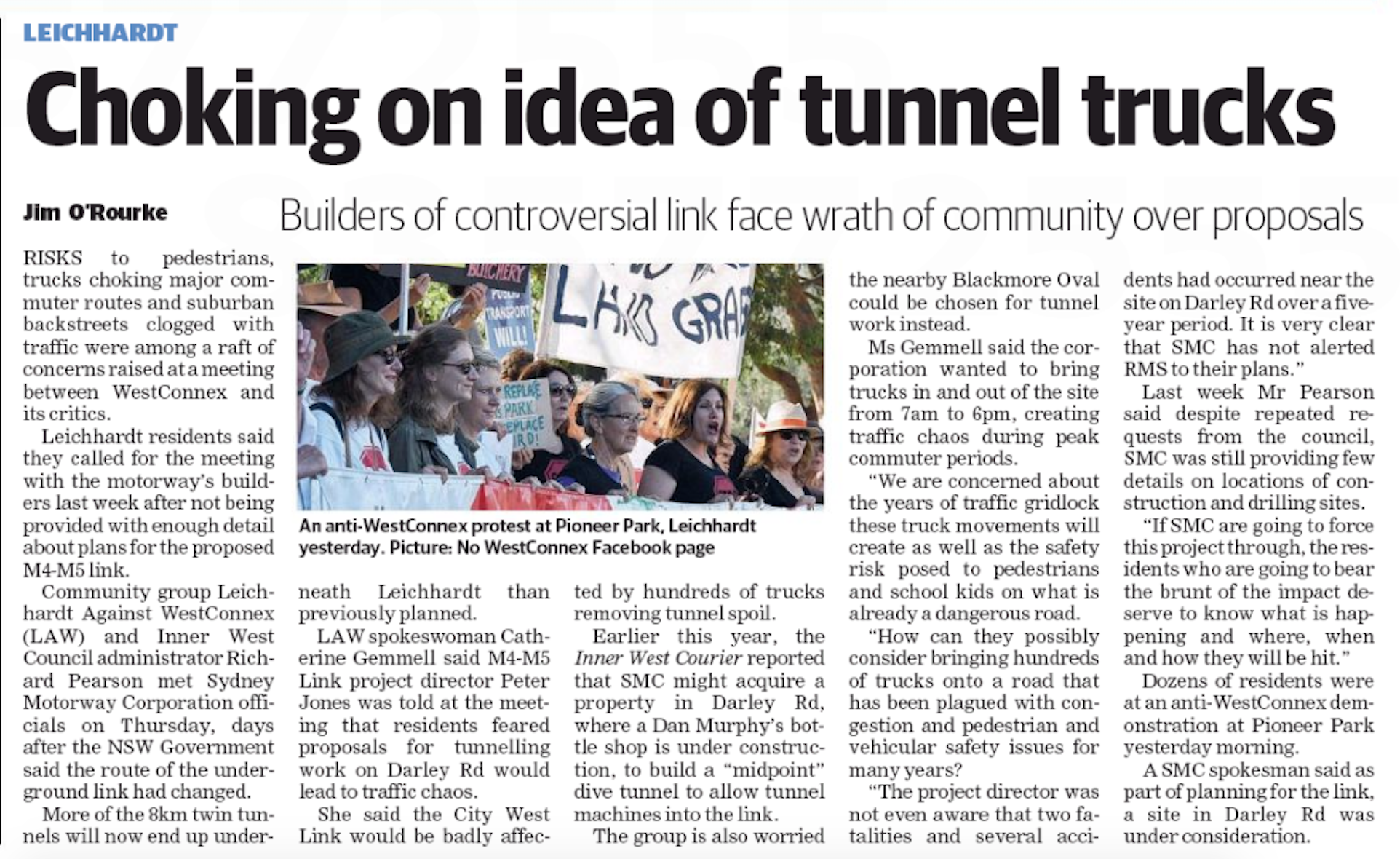