A MAJOR safety breach at a WestCONnex home demolition site on Campbell St, St Peters last night saw a large sheet of iron roofing and other debris blown onto a busy road and footpath, damaging residents’ property and placing lives at risk.

Local emergency services were left to clear up the mess as residents who contacted WestCONnex’s 24-hour complaints line were told no one was able to act on their calls.

“We heard the wind making really weird sounds as it went through the houses that have been half-demolished from the back,” said Campbell St resident Natalia O’Brien.

“Then just after 11pm, there was a huge crash. I heard people scream and thought it was a car accident. But when we went outside, the air was full of really thick dust and flying debris.

“When I looked up, I saw a piece of corrugated iron roof lying on the road. It had been left on one of the half- demolished homes, and the wind had ripped it off the beams into the road.

“It hit our neighbour’s fence so hard it squashed their letterbox. If it had hit a car, the people inside couldn’t have survived,” said Ms O’Brien.

When she called the WestCONnex complaints line at 11:30pm, Ms O’Brien said the person she spoke to had “raised an urgent ticket”, but “no one [at WestCONnex] was answering their phones to respond”. 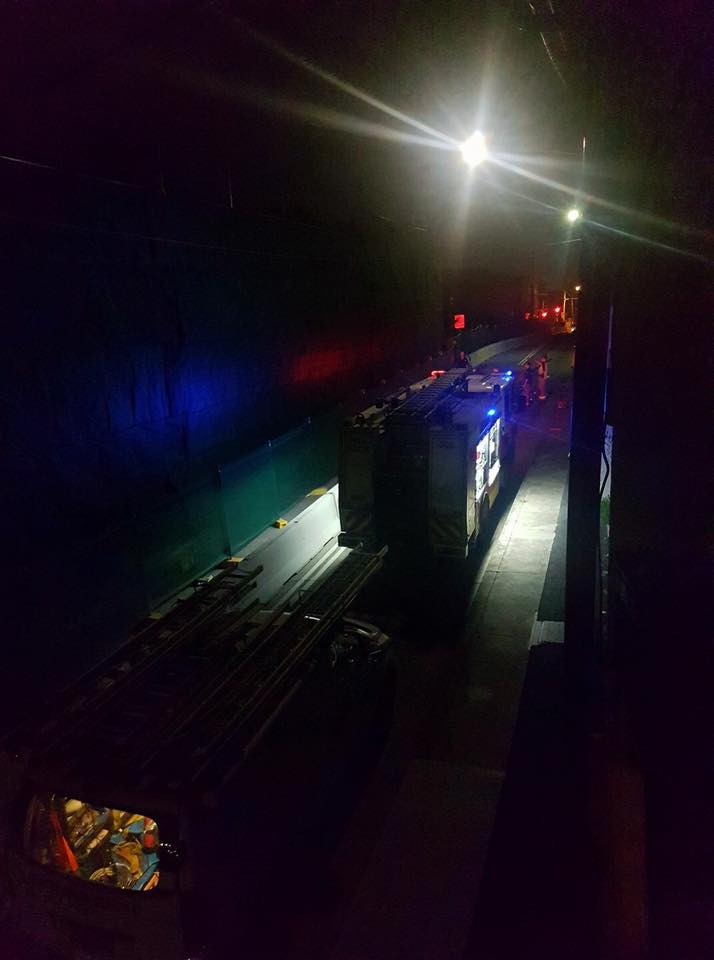 Emergency services on the scene at Campbell St.

“It wasn’t until 7am that I heard back from WestCONnex,” said Ms O’Brien, who said the road remained strewn with debris. Crashing sounds can also be heard in video footage taken of the site this afternoon. Despite this, Ms O’Brien said she was assured by WestCONnex that its demolition sites were “100% secure and safe”.

Video footage taken 12 February 2017 of the WestCONnex home demolition site on Campbell St, where crashing noises can clearly be heard the day after the incident.

“If anything else happens and someone gets hurt or killed, this will be on their heads,” said Ms O’Brien. 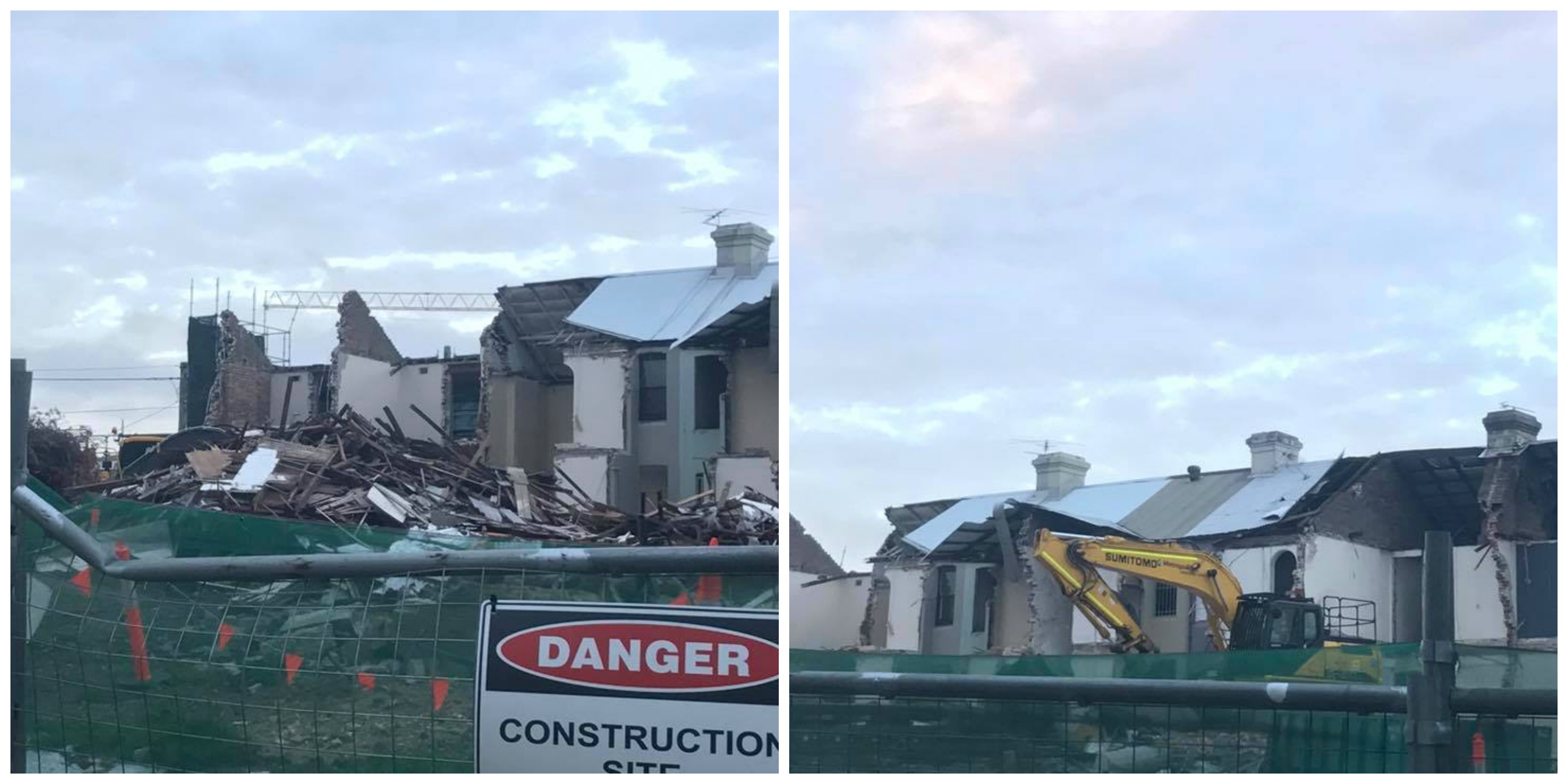 The homes on Campbell St around 7:45pm the day after the incident.

“This has been happening from Erskine Park to Beverly Hills. Yet even when these complaints are made to the relevant authorities, no real action is being taken to protect workers or residents.

“The only thing that saved WestCONnex from having a probable fatality on their hands with this latest breach is the fact that it happened at 11 o’clock at night. And the really scary thing is that if there had been a fatality, it’s likely no one would have been held accountable.

“Enough is enough. It’s time for Premier Gladys Berejiklian to step in to protect people’s safety by halting further work on WestCONnex while a full review into the project takes place,” said Ms Lockie.