RESIDENTS will gather at the Save Sydney Park camp on Tuesday morning to protest the destruction of the park’s trees and surrounding areas for the WestCONnex tollway.

“Now the Baird government is planning to demolish many of these homes and buildings this week, and destroy hundreds of trees and vital green spaces in Sydney Park.

“Yet only today, Roads Minister Duncan Gay admitted he has no idea what the Sydney Gateway airport link project will look like, or when it will be delivered – even though this link was one of the original justifications for WestCONnex.

“Coupled with the recent removal of the Camperdown interchange, it’s clear the Baird government is just making WestCONnex up as they go along.

“Premier Baird should not be ploughing ahead with this destruction when there are so many red flags around WestCONnex – and when it will see drivers from western Sydney pay tolls of up to $25 a day to drive into inner-city traffic jams,” said Ms Dandy-Ward.

Labor, Greens and independent politicians are expected to attend, and will be speaking in support of the campaign to stop WestCONnex.

“We encourage everyone to join us at this protest, where we’ll be preparing to ramp up the fight against the Baird government’s planned destruction, and calling for a halt to the wasteful WestCONnex tollway,” said Ms Dandy-Ward.

What: Breakfast Before Bulldozers protest

When: Tuesday 3 January, 7am 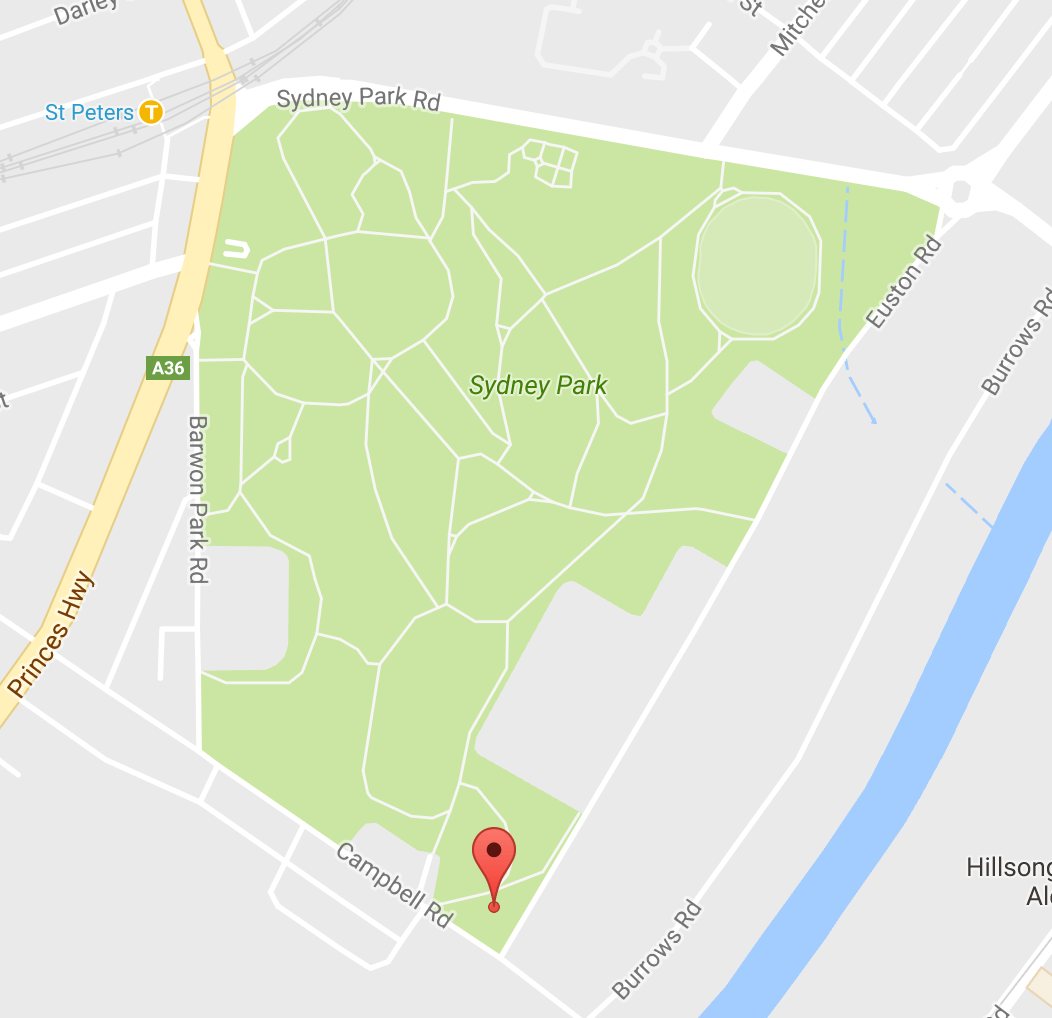 Map of Sydney Park. The red pin marks the location of the Save Sydney Park camp.