A FREE family picnic in Sydney Park tomorrow will mark the official launch of the new Adopt a Tree campaign to help save the park from WestCONnex destruction. 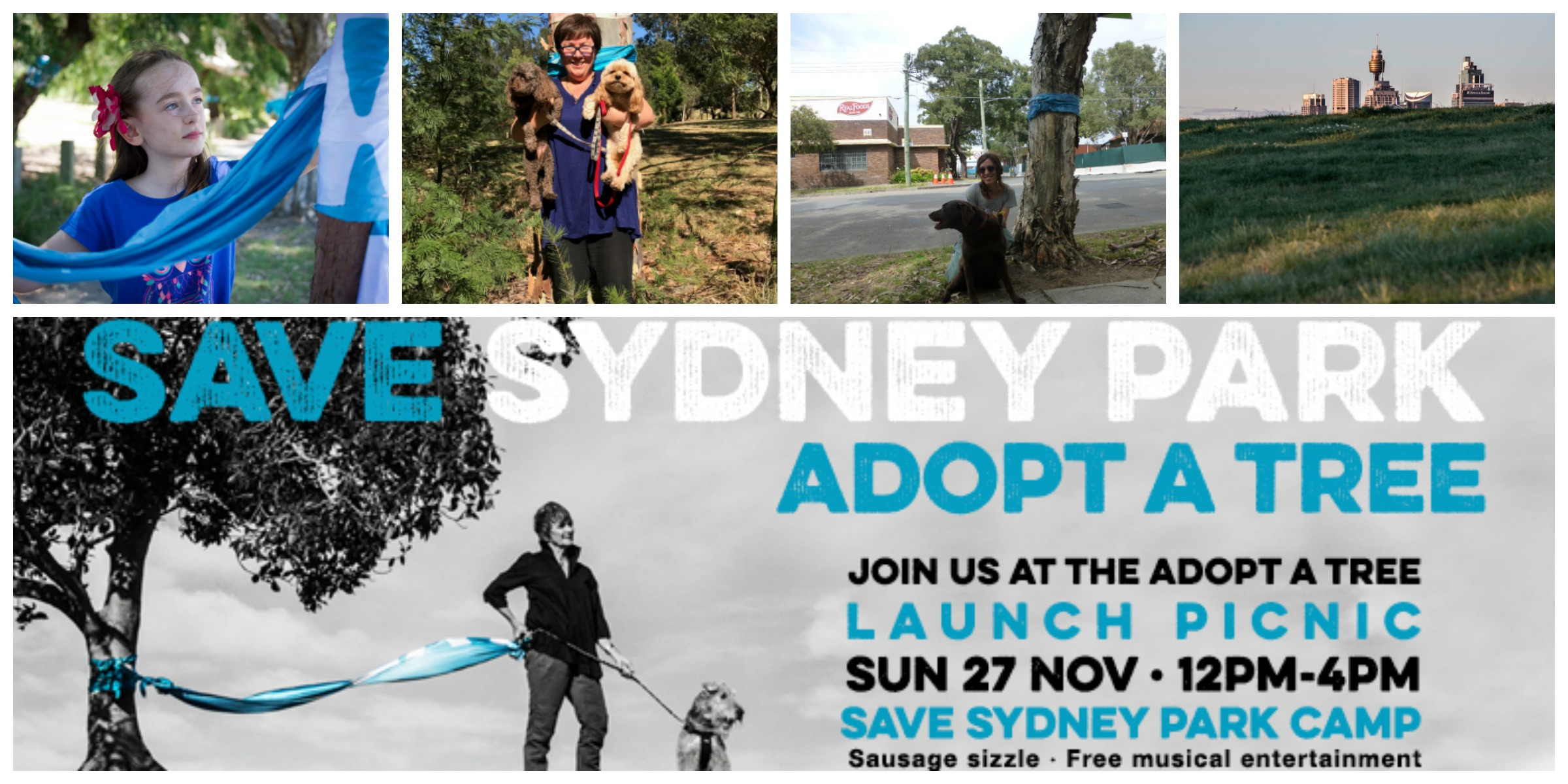 The campaign aims to emphasise how much the condemned trees – which have been wrapped in blue ribbon by local residents – mean to local people and families, and as habitat for native animals. Residents have also maintained a 24/7 blockade camp in the park since September to stop the destruction, which last month saw WestCONnex abandon early tree destruction works on Euston Rd.

“If Mike Baird gets his way, over 14,000m2 of Sydney Park will be wiped out for WestCONnex,” said WestCONnex Action Group (WAG) spokesperson Pauline Lockie.

“These devastating losses are to be ‘replaced’ with the world’s worst park: some ‘green space’ under the monstrous St Peters Interchange.

“Scores of family homes and businesses are also being wiped out in St Peters for WestCONnex, which will dump tens of thousands of extra vehicles into this area’s already congested streets. All for a road that will slug families in western Sydney with tolls of up to $25 a day, and fail to ease traffic congestion.

“That’s why Holly Throsby, Julie McCrossin, and scores of residents have already adopted trees. And we encourage everyone who believes Sydney deserves better than WestCONnex to come along to this picnic, Adopt a Tree, and help save Sydney Park from Mike Baird’s bulldozers,” said Ms Lockie.

What: Launch picnic for Save Sydney Park: Adopt a Tree

3pm: Ecopella choir and Betsy McCabe to perform “Stand by Your Tree”.