THOUSANDS of people will flock to St Peters on Saturday for a family-friendly music festival to protest the destruction of Sydney Park, and support the anti-WestConnex blockade that has protected the trees on Euston Rd since 19 September.

The Save Sydney Park Festival is being organised by Reclaim The Streets (RTS) and WestCONnex Action Group (WAG). Seven sound stages with feature multiple local acts playing everything from Chicago house to UK garage, hip hop, jungle, and drum and bass.

“Where we see a park, Casino Mike sees an opportunity to sell us out,” said RTS spokesperson James Loch. “If money grew on trees, you can bet he wouldn’t be cutting them down.

“Sydney Park and St Peters are at the hub of Sydney’s free party scene, and a haven for artists and musicians. We will not let Mike Baird trade them in for his dirty toll road,” said Mr Loch.

“If Mike Baird gets his way, over 14,000 square metres of Sydney Park and hundreds of trees will be destroyed for WestConnex, along with scores of homes and businesses,” said WAG spokesperson Janet Dandy-Ward.

“They’re planning to ‘replace’ these devastating losses with the world’s worst park: some ‘green space’ next to WestCONnex’s unfiltered pollution stacks, flyovers and six-lane highways.

“Communities across Sydney have had enough of Mike Baird selling us out to his toll road mates. This festival is a great chance for everyone to come together, support the blockade, and help stop WestConnex,” said Ms Dandy-Ward.

WHAT: Save Sydney Park Festival 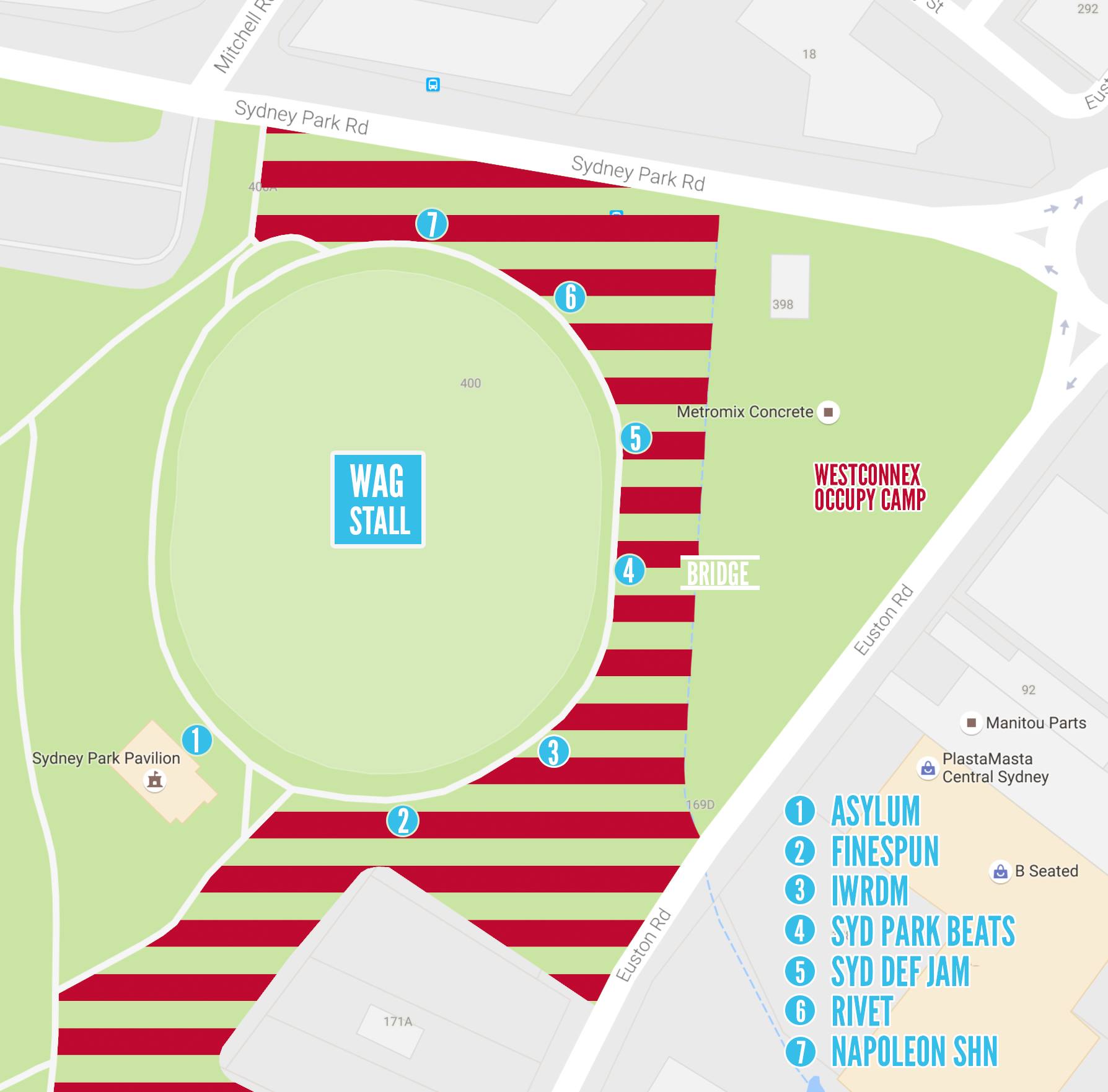