WestCONnex Action Group (WAG) is hosting a WestConnex Community Forum in Arncliffe on Wednesday 30 March to discuss the impact the New M5 toll road will have on the area.

“Arncliffe and surrounding areas such as Wolli Creek, Rockdale and Bexley will be devastated if the WestCONnex New M5 toll road goes ahead,” said WAG spokesperson Kathryn Calman.

“Kogarah Golf Club at Arncliffe would become the midpoint tunneling site and a 24/7 construction zone, as well as the site of unfiltered pollution stacks and future tollways such as the Southern Connector.

“We decided to host the forum when it became clear residents were extremely worried about the increased traffic and pollution WestCONnex would bring to the area, as well as the destruction of endangered species like the Green and Golden Bell Frog. Residents are also concerned about the secrecy and lack of transparency surrounding this taxpayer-funded $16.8 billion toll road.

“We’ve invited experts in transport planning, public health, biodiversity and community activism to come and speak to residents about WestCONnex, and find out why so many people are saying the toll road will fail.

“We encourage everyone who has questions about WestCONnex to come along, hear from the experts, and find out what they can do to take action,” said Ms Calman.

Federal MPs and candidates for Banks, Barton and Watson have been invited to attend.

For more information and to RSVP, visit the event page. 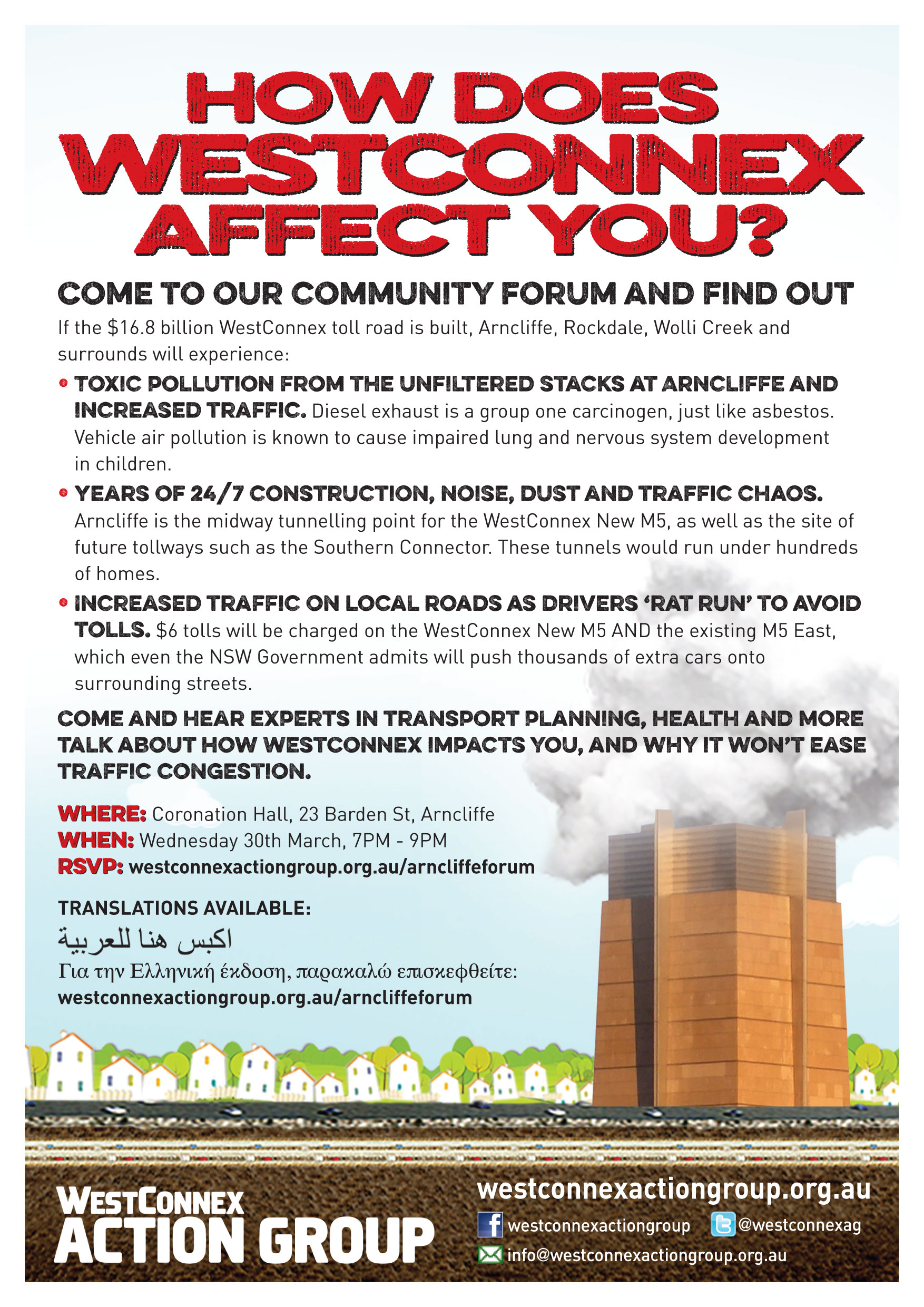 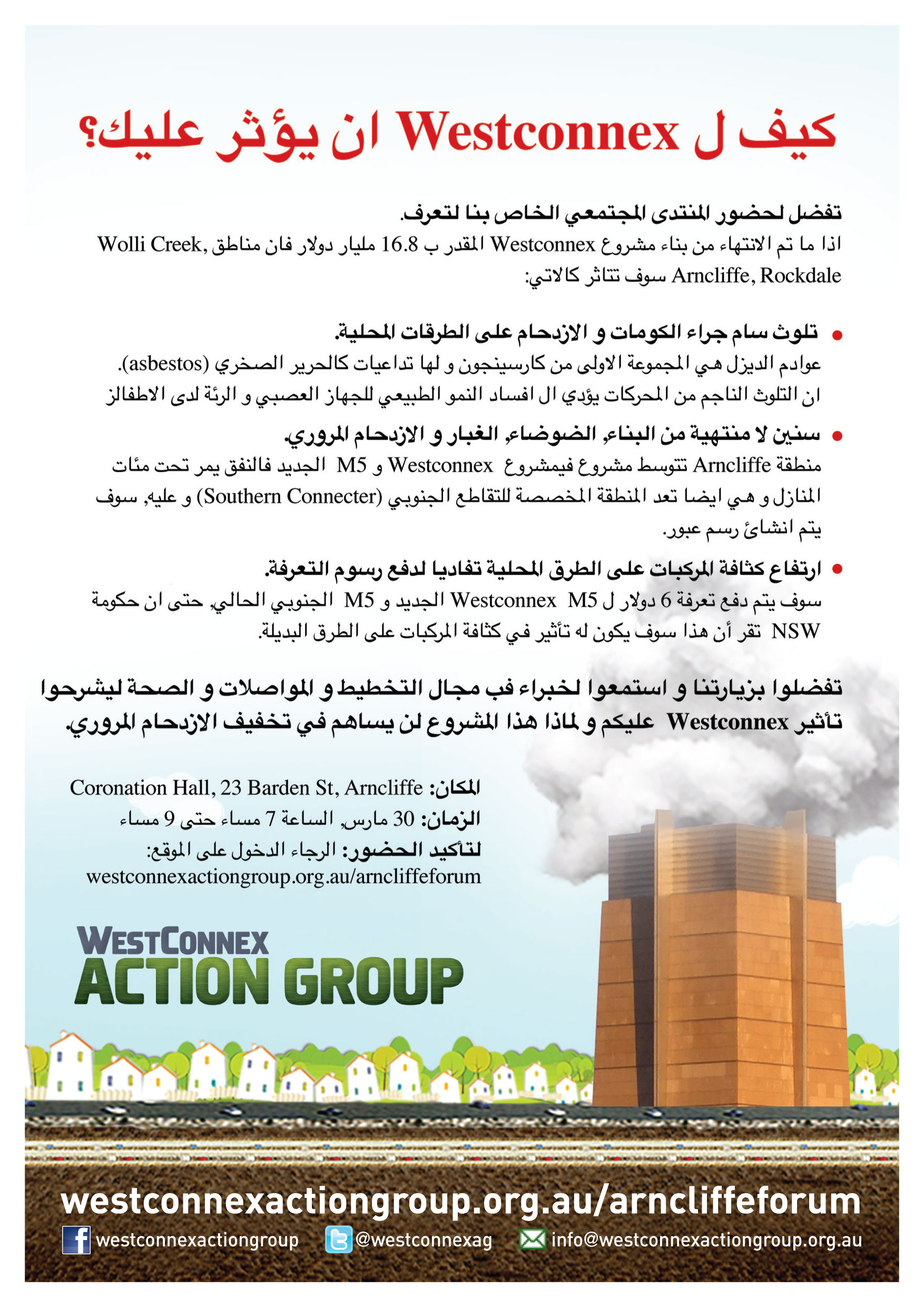 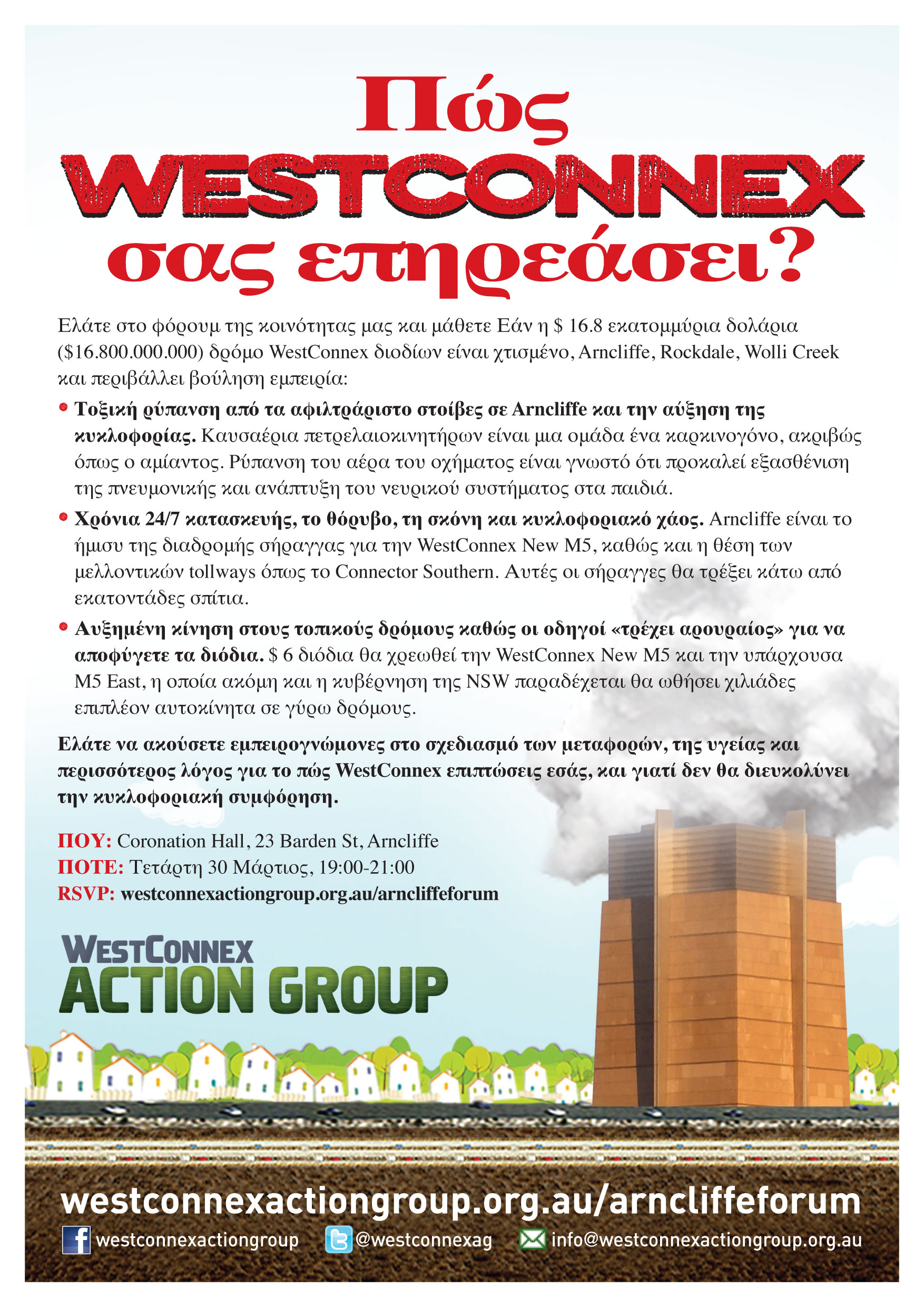