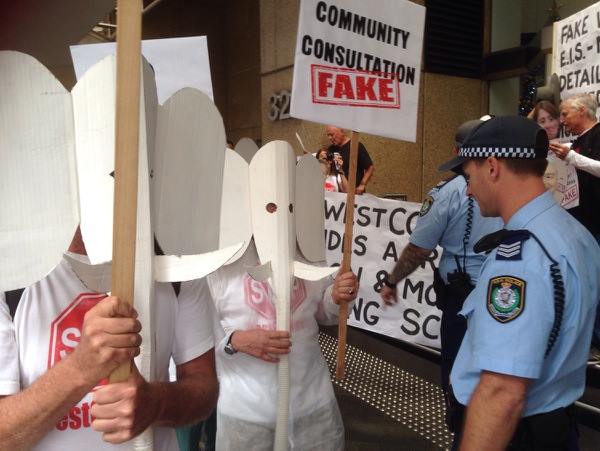 About forty members of the Coalition against WestCONnex occupied the busy foyer of NSW Planning for an hour and a half chanting and holding 'faceless' masks, stamped REJECT EIS!.

A trio of White Elephants demanded an end to Gladys' 'FAKE' approval process.

The protesters asked to meet with the Secretary of Planning Carolyn McAnulty or any other senior official. No one was available to meet them. The activists peacefully left the building after police arrived.

“The community is sick of being pushed aside while decisions driven by the road lobby are being made behind closed doors,” said Paul Jeffery spokesperson for the Coalition against WestConnex, a network of anti-WestConnex community groups that organised  today’s  protest. 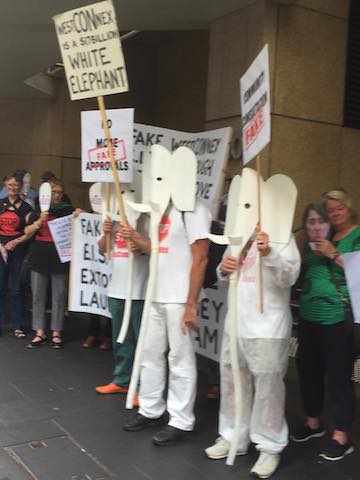 NSW Planning received more than 12,000 submissions opposing the project, including submissions from City of Sydney and the Inner West Council, that documented hundreds of flaws in Sydney Motorway Corporation’s EIS. The NSW Environmental Protection Authority's submission is also very critical of the EIS, partly because it is based on a concept rather than an actual design. This means that it is not possible to specify mitigation measures that would be applied to reduce the project's severe impacts on thousands of households and schools. (See Wendy Bacon's report on Altmedia.

The Sydney Motorway Corporation is now required to respond to the submissions and file a 'Preferred Infrastructure Report' that will specify which construction sites would be used. After these have been received, the Department will recommend that the Minister for Planning Roberts either approves or rejects the EIS.

“Despite hundreds of obvious flaws in the EIS, we’re worried that political pressure will be exerted to override expert concerns so that the Gladys Berejiklian government can move ahead with privatising WestConnex. The Stage 3 project would impose more intolerable impacts on residents and waste a further $7 billion on a solution that will worsen, not solve, traffic congestion.”

“For Planning to approve an EIS based on a vague concept would show utter contempt for communities whose lives have been made intolerable by WestConnex projects, for the people of NSW who’d bear the cost and for the very notion of independent planning,“ said Paul Jeffery. 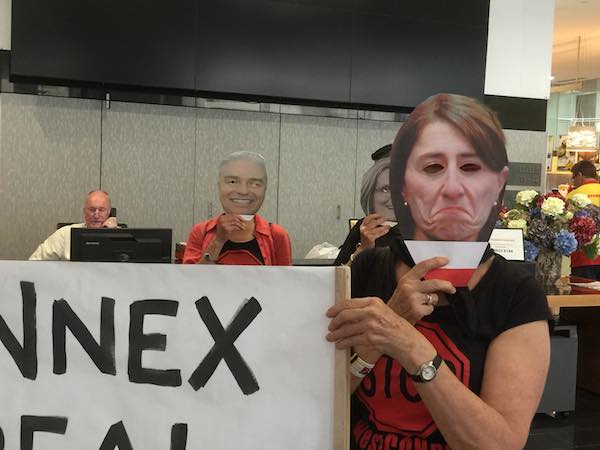 450 people have written to the Department arguing that additional material that has become available since the submission period closed in October should be considered during the approval process. The Secretary of Planning Carolyn McAnulty has acknowledged but not replied to any of these letters. 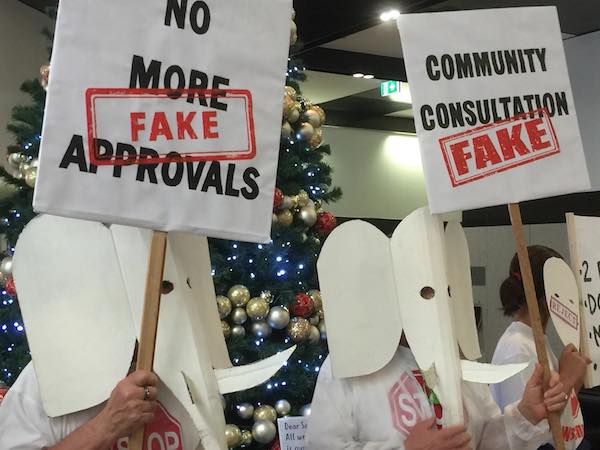 For more on the protest, watch EcoTransit Sydney's video. https://www.youtube.com/watch?v=sM2DxYqk1j4