WESTCONNEX Action Group has demanded an immediate halt to the $16.8 billion WestCONnex toll road after Fairfax Media revealed more homes and businesses are likely to be acquired and destroyed to make way for the planned Rozelle and Camperdown interchanges.

“Once again, we’re seeing the Baird Government hide the truth about WestCONnex from residents whose homes and businesses stand in the way of their plans,” said WestCONnex Action Group (WAG) spokesperson Pauline Lockie.

“In the weeks before the monstrous St Peters Interchange was announced, residents contacted WestCONnex to find out if their homes, businesses and communities were at risk. They were told no plans had been made, but secret negotiations to buy the site were already well underway.

“Now we know these devastating interchanges are coming to Rozelle and Camperdown. This not only threatens these communities, but also the Baird Government’s own plans for the Bays Precinct.

“And the destruction won’t stop there, with the Baird Government already saying it wants to add the Western Harbour Tunnel, Sydney Gateway, Southern Connector and more to WestCONnex.

“All of these new tollways will need more interchanges, more exits, more supporting roads. And for what? Even the Baird Government’s own figures show WestCONnex will be full in just a few years.

“Meanwhile, evidence is piling up that the $16.8 billion WestCONnex toll road will be massive financial failure that will do nothing to ease traffic congestion in Sydney.

“There’s no way Mike Baird should be wasting $16.8 billion on WestCONnex when all the evidence says it will deliver no benefit to our city – especially when it comes at such a huge cost.

“There’s still time for Premier Baird to do the right thing and halt the WestCONnex toll road before construction of its most expensive and destructive sections begins.

“We urge him to do that before he becomes known as the Premier who lost wasted billions of taxpayer dollars on WestCONnex, and destroyed huge parts of Sydney in the process,” said Ms Lockie. 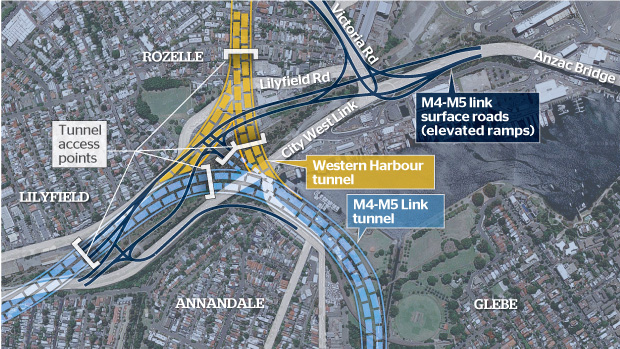