THOUSANDS of residents flocked to the WestCONnex Action Group (WAG) stall at the Marrickville Festival when word got out about a limited edition ‘WestCONnex Traffic Jam’ on sale.

“We did an initial run of 100 jars of WestCONnex Traffic Jam with our limited edition collector’s label with a few facts about this sham toll road,” said WAG organiser Janet Dandy-Ward.

“I think the WestCONnex Traffic Jam probably captured the imagination of residents because it was a bit cheeky, well designed, and gave some facts about a project that continues to be shrouded in secrecy.

“We sold out of the WestCONnex Traffic Jam within hours, and residents were queuing to talk to us about how we are going to collectively get politicians to sit up and listen to community concerns.

“Our stall of volunteers couldn't keep up with demand to sign submissions for the M4 East Environmental Impact Statement (EIS).

“We received 512 signed submissions, which is more than one per minute, for the M4 East EIS objecting to the traffic modelling, destruction of heritage homes, poison stack locations and more.

“It is clear now that the community is alive to this issue, they’re angry, they’re engaged, and prepared to stand their ground to save our communities from a sham toll road designed only to serve toll operators,” said Ms Dandy-Ward.

WAG would like to thank all of its volunteers for helping make the stall such a success, as well as the hundreds of people who stopped by to talk WestCONnex and sign submissions. 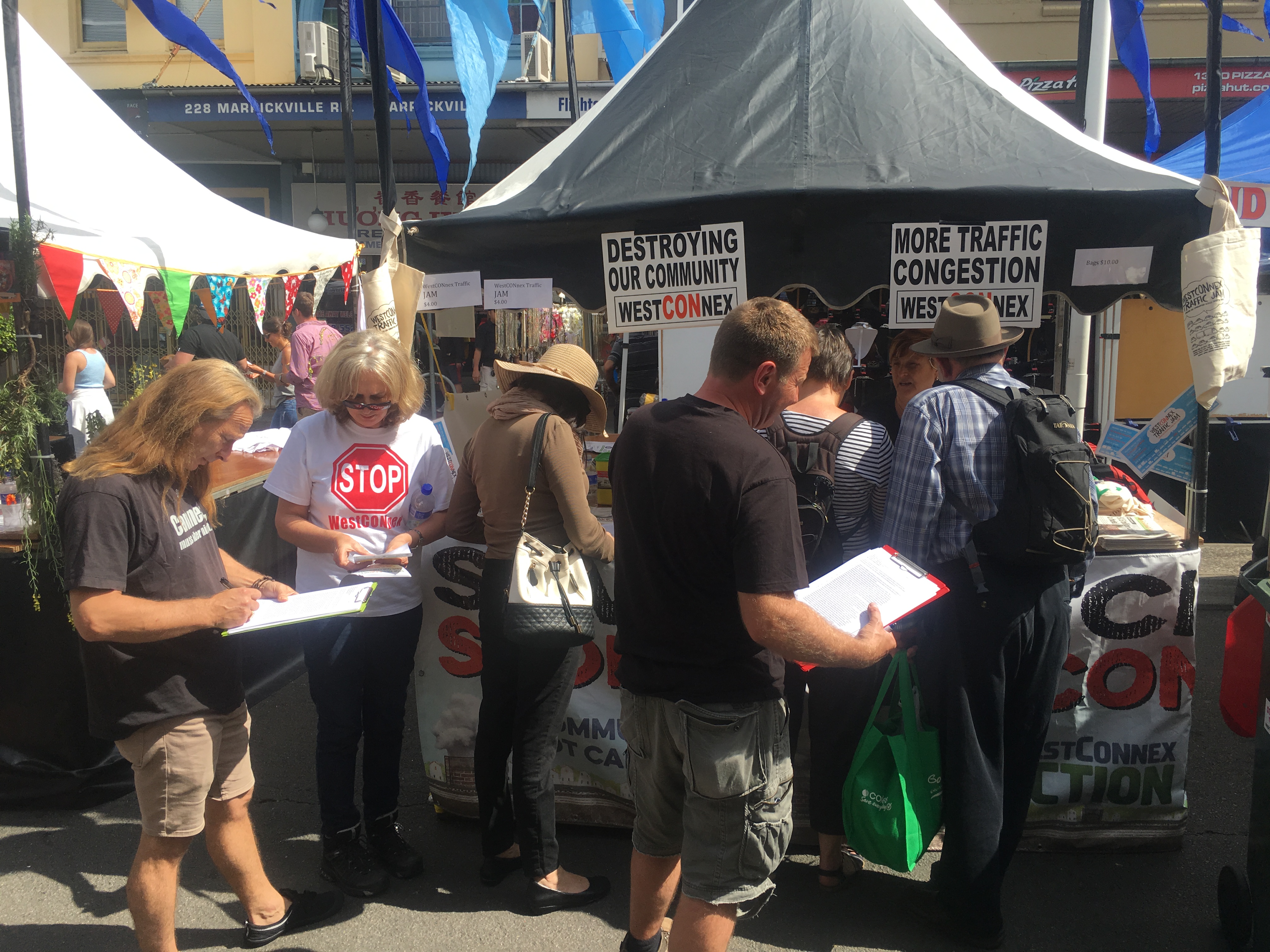