RESIDENTS of 95-125 Euston Road in Alexandria have organised a snap rally to call on Premier Gladys Berejiklian to halt plans to bring a seven-lane highway within 2m of their homes as part of road widening works for the WestCONnex St Peters Interchange. 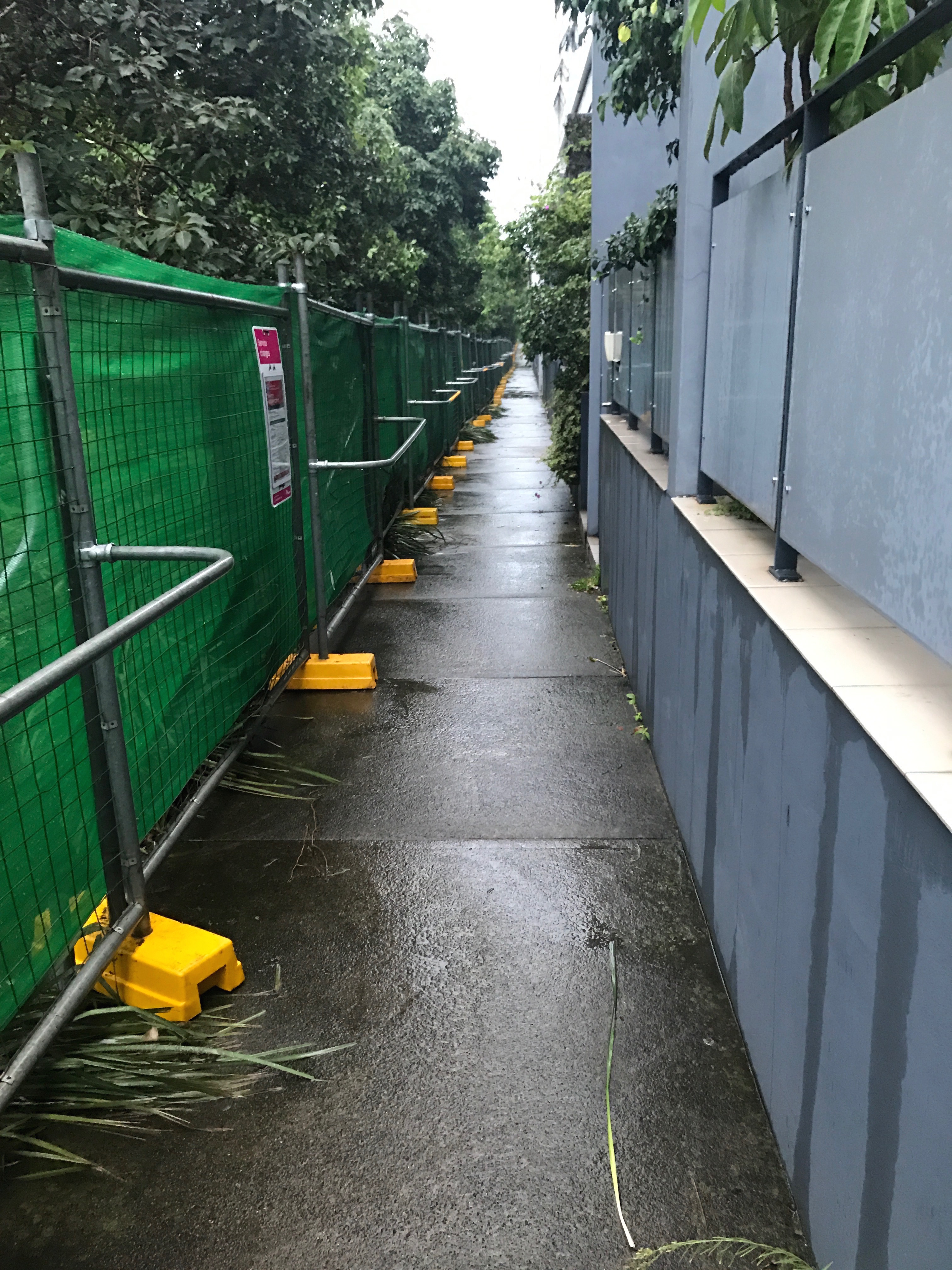 Fencing in front of 95-125 Euston Rd. RMS/WestCONnex plan to bring a 7-lane road right up to this footpath.

“Staff from WestCONnex and Roads and Maritime Service (RMS) have told us their plans to widen Euston Rd from four lanes to seven will bring over 60,000 cars a day less than 2m from our front doors,” said Euston Rd resident Carmel Delprat, one of the rally’s organisers.

“Instead, they talked about installing noise insulation and expensive air-conditioning units that would make us prisoners in our own homes.

“RMS and WestCONnex say they have no plans to install barriers or any other safety measures as part of the widening of Euston Road. So there is nothing to prevent a very serious accident if a young child wanders out of their home, someone slips and falls, or a driver loses control of their vehicle.

“That’s why we’re calling on the Premier to step in and halt these works. If the NSW government has the money to build WestCONnex, then they can afford design changes to protect residents’ health and safety,” said Ms Delprat.

“It is completely unacceptable for the Berejiklian government to be putting residents’ health and safety in danger by bringing Euston Road so close to people’s homes,” said WestCONnex Action Group spokesperson Rhea Liebmann.

“If WestCONnex can’t be built without risking people’s health and safety, then it shouldn’t be built at all. That’s why we’ll be there to support residents on Saturday,” said Ms Liebmann.