MEMBERS of the WestCONnex Action Group (WAG) have invited the head of the Greater Sydney Commission, Lucy Turnbull, to join them on a personal tour of the destruction of Haberfield heritage homes for the WestCONnex tollway after she revealed she was “not aware” of it.

Mrs Turnbull made the startling admission during an ABC Radio interview yesterday, telling host Wendy Harmer: “I'm not aware that there are houses going to be demolished at Haberfield…I'm not aware of the loss of heritage at Haberfield…I will have to investigate that.”

“I was absolutely stunned when I heard Mrs Turnbull say she was unaware of the large-scale destruction of Haberfield and its heritage for WestCONnex,” said Haberfield resident and WAG spokesperson Sharon Laura, who has offered to host Mrs Turnbull on the tour.

“Despite being one of WestCONnex’s biggest cheerleaders, Mrs Turnbull clearly hasn’t spent much time travelling along its planned route. If she had, she’d have seen just how much of Haberfield and its surrounding areas are being destroyed for this tollway, which will see families in western Sydney pay huge tolls to drive straight into inner-city traffic jams.

“I’ve been conducting personalised tours of the impact the WestCONnex M4 East will have on Haberfield’s heritage and our local communities for months now.

“The journalists, politicians and concerned residents who’ve joined me for these tours have found the scale of the destruction absolutely horrifying – especially given WestCONnex will ultimately make Sydney’s congestion worse, not better.

“Heritage experts from the Haberfield Association have agreed to join us on the tour so Mrs Turnbull can understand how WestCONnex has destroyed much of the area’s historical value.

“I sincerely hope Mrs Turnbull accepts our invitation to join us on this tour, as nothing brings the true impact of WestCONnex home more than walking through the affected areas – and seeing the devastation residents have to live with every day.” 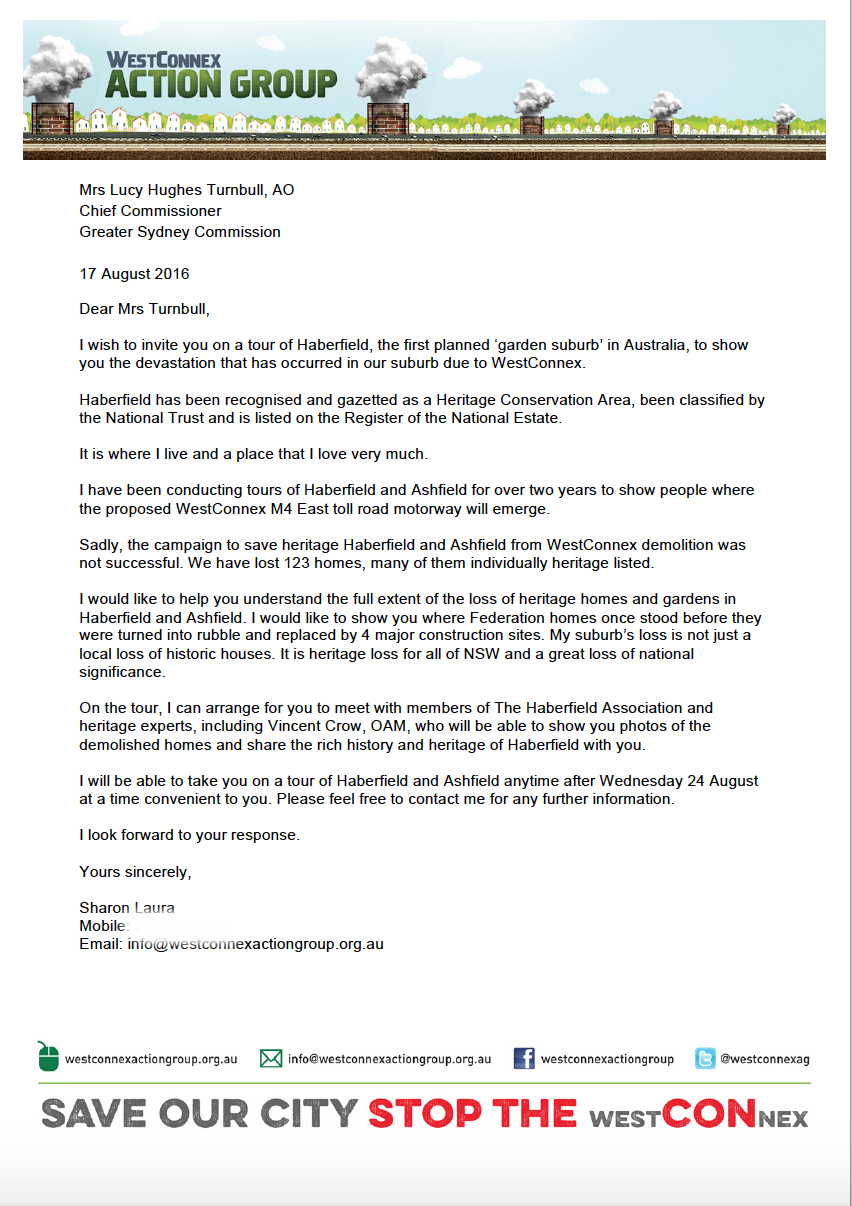