Our friends at No WestConnex Annandale are hosting a public meeting on WestCONnex on Thursday 19 May. Speakers include Grayndler MP Anthony Albanese, Greens candidate Jim Casey, Professor Wendy Bacon and more. Here's their press release on the event. 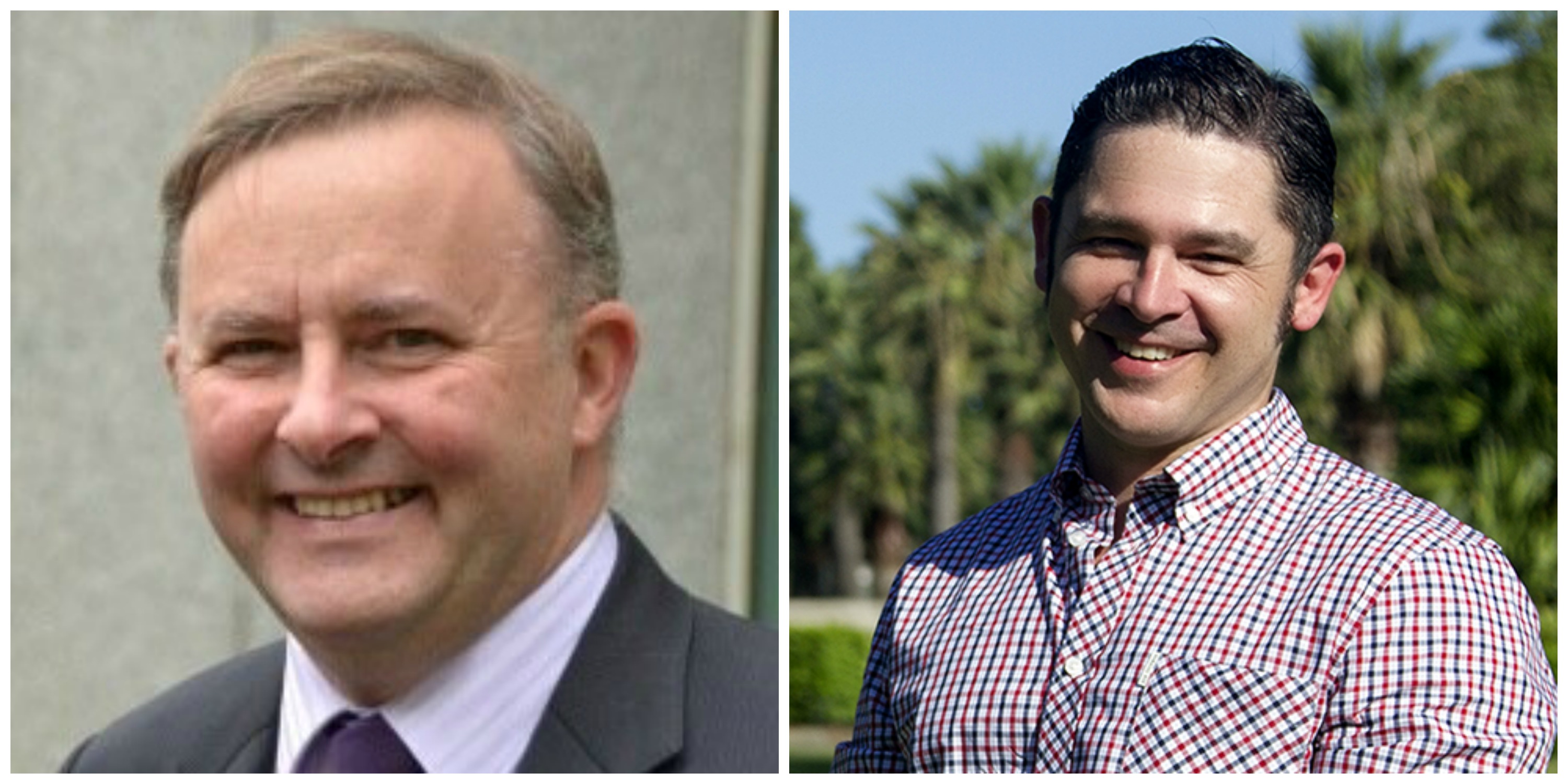 WestConnex will play a major part in the looming intense battle for the seat of Grayndler.

As the federal election campaign shifts into top gear, the communities surrounding the route of the proposed WestConnex tollway are becoming increasingly concerned about two things: the impact the tollway will have on their community, and where the candidates from Labor (Anthony Albanese) and the Greens (Jim Casey) stand on the issue.

That’s why organisers are expecting a standing-room-only crowd at the Balmain Town Hall for this public meeting on the impacts of WestConnex on surrounding suburbs.

"This is an extremely important issue for Grayndler, and the community needs to know the views of the candidates on such a critical issue," says Liz Butterworth, spokesperson for the No WestConnex Annandale group.

"Residents of Rozelle, Lilyfield and Balmain have only recently become aware of how profoundly the tollway will affect them and they are getting very angry about it.”

She believes that freeway flyovers and “spaghetti junctions” will cut off communities currently accessible by foot or bicycle from each other, while rare green spaces such as Jubilee Park will be severely compromised.

“We know this project is about giving huge profits to a handful of people while the broader community deals with massive increases in traffic, toxic emissions, and an historic loss of green space that may never be returned to the community.

"And this does not even include  the heartless destruction of communities such as we are now witnessing in Haberfield and Ashfield,” concluded Ms Butterworth.

WHY: To get the facts on the proposed tollway especially in the Balmain/Rozelle/Lilyfield areas, and interrogate both candidates on their position on this project. 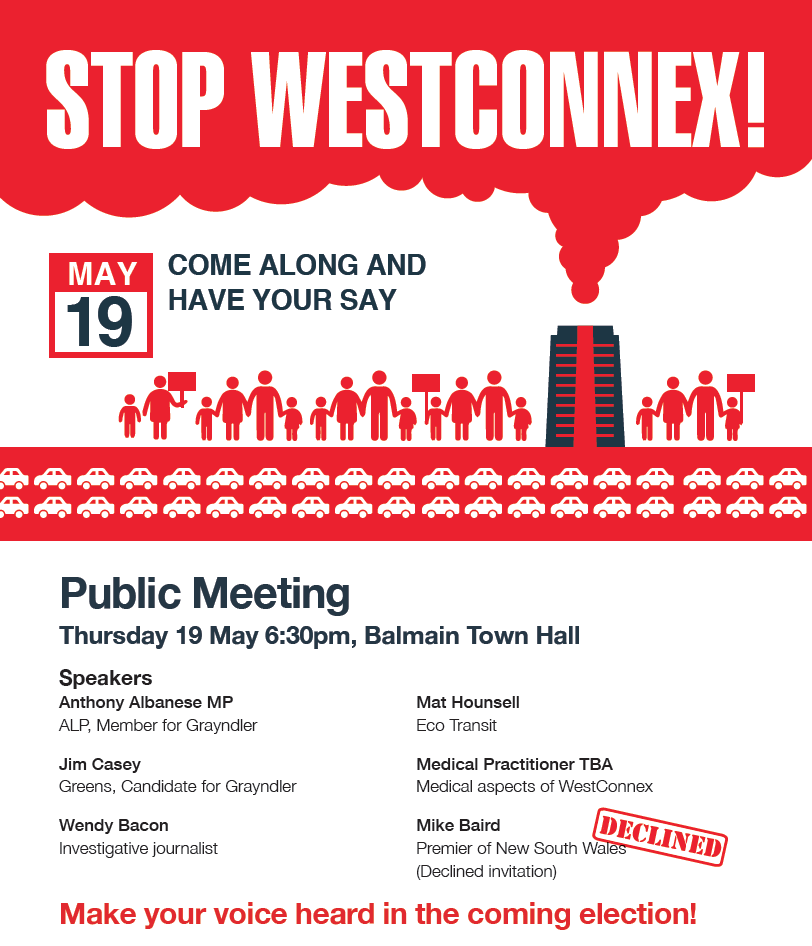