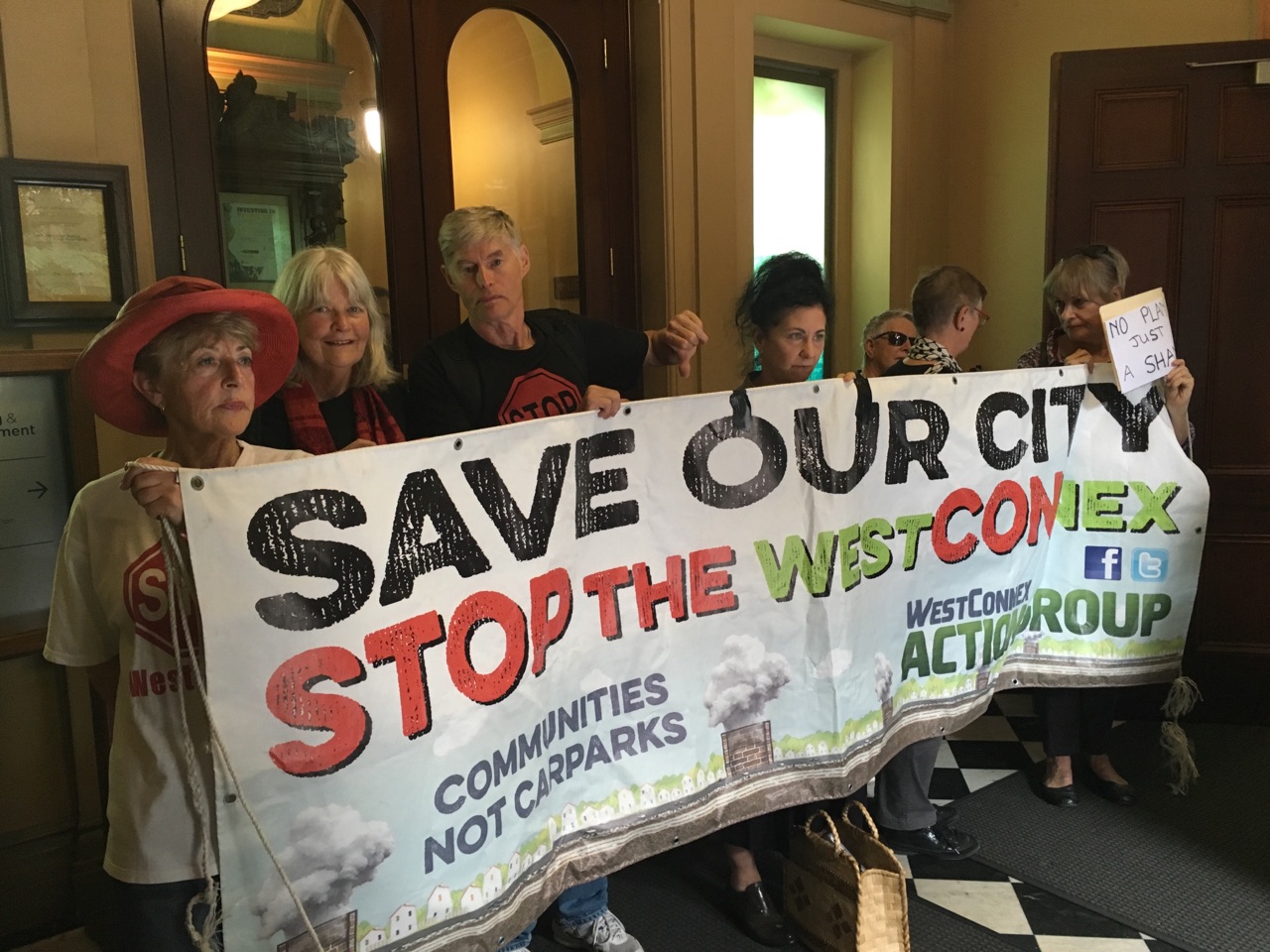 The approval was announced as residents were occupying the Department of Planning and Environment’s head office in Sydney to call for a public inquiry into the project.

“Nearly 13,000 detailed objections were made to the WestCONnex New M5 EIS, thousands of which only came in on the last day (29 January).

“Yet the Baird Government signed off its response to these submissions less than five weeks later – and they still expect us to believe they’ve addressed the community’s concerns!

“Any talk of the ‘conditions’ they’ve placed on their approval are meaningless in any case, as these kind of conditions are being breached with impunity on other parts of WestCONnex.

“And there are huge questions being raised about WestCONnex contractors, who are now taking billions of dollars of taxpayers’ money. Leighton, Samsung and Wilson Security are now embroiled in global corruption scandals, while AECOM and Arup have been exposed as having serious conflicts of interest across WestCONnex.

“And given how much Federal taxpayer money is being risked on this project, it’s time Malcolm Turnbull and Bill Shorten stepped up to oppose this toll road, which is destined to be a social, environmental and economic disaster.

“The Baird Government is trampling over our democratic rights in its rush to build WestCONnex and sell out our city to companies accused of corruption. And they can expect residents to reject this sham approval and take action to stop WestCONnex until the project is halted and a public inquiry is held.”