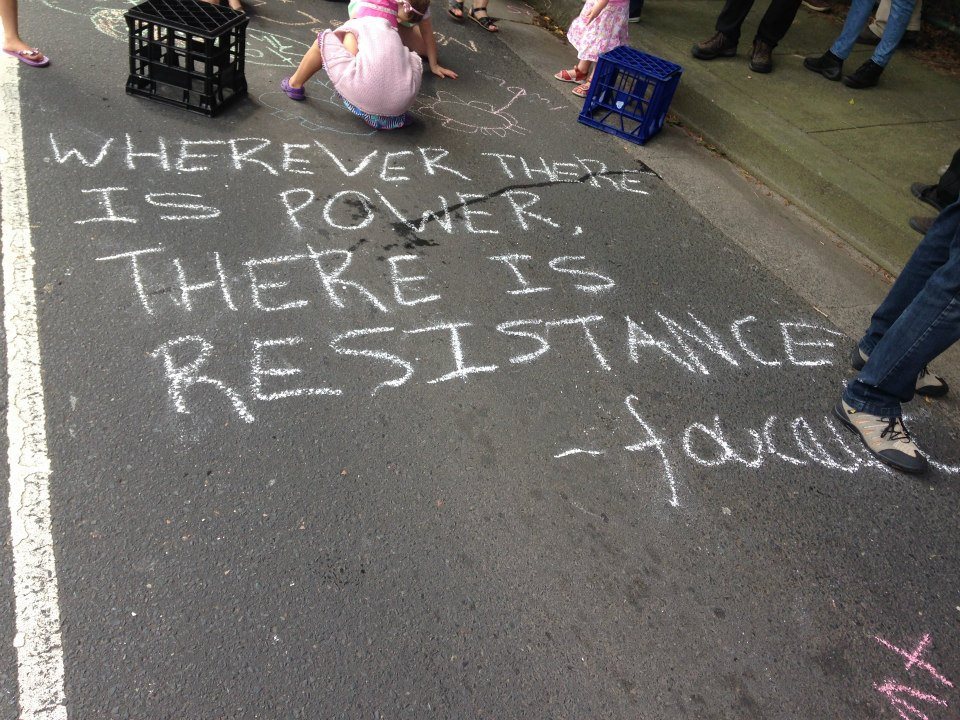 I was part of a collective that relaunched the Reclaim The Streets street party/protest/festival in spring of 2014. I've always had an ongoing fascination with creative community collectively-organised parties and events. I've been part of, or the instigator of more than a couple.

We had a beautiful party in Cook Road Marrickville with 1,000 people and nine sound systems as a testing ground for what we might do in the future. A totally free chaotic event. It was beautiful. We originally wanted to do Addison Road but couldn’t swing it with the Newtown Police. We should have just done it in retrospection, but I have my cautious and pragmatic moments as most of us do. I forgot that fortune favours the bold.

A week later just after I'd recovered from the months of scheming/planning for the event, the WestConnex project got announced formally to my neighbourhood. On the 42 houses at the end of my street, soon to be picturesque ruins, then the exit ramp for a private tollway feeding traffic onto King St and Edgeware Roads, as if they weren’t at capacity already. 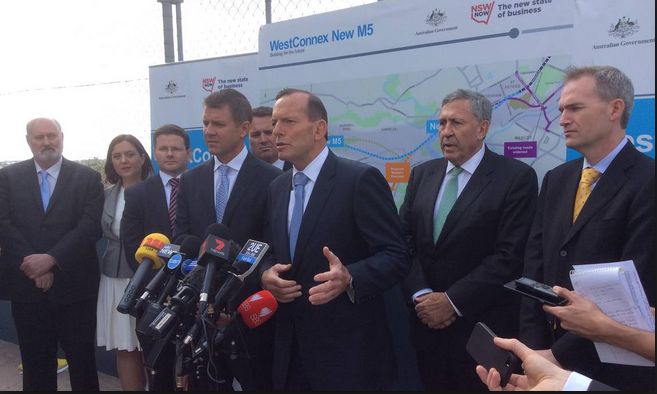 Some things cut closer to home than others.

The more I read about this project, the more gaping flaws presented themselves in its logic, route, traffic modelling and execution. This project got sprung on the community, my neighbourhood on Melbourne Cup Day, when the nation was distracted and probably half tipsy. A $16 Billion dollar roadway project that was going to seize houses that was the tight knit neighbourhood at the end of my street in St Peters. 42 houses wiped out. Literally at the end of my street. 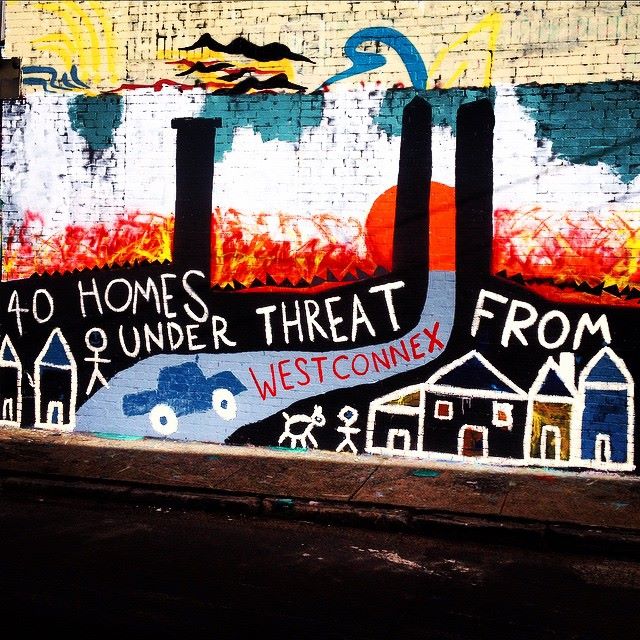 Building more roads through parks and heritage listed houses is not the answer to Sydney’s deeply felt transport issues. Through inept neglect and an intrinsic lack of vision, the last few NSW State Governments have allowed public transport that should be world class for a ‘World Class City’ to devolve into an underfunded mishmash of expensive options. Car culture and dependency amplifies the problem.

I heard through the St Peters grapevine that all the locals were meeting at the Town & Country at 8PM on the night it was announced. These were people who’d just been given a letter telling them that their houses were being ‘compulsory acquired’ for this dinosaur of a project. Me and a friend H went down there, and I heard their stories in the packed beer garden.

The question in the air was ‘What do we do?’.

I was listening to my neighbours speak, about their neighbourhood, their kids, their gardens, their friendships. When it was my turn to speak, I looked at H for a long second, took a deep breath and stood up and told them all about Reclaim The Streets. I told them I'd just done a street party with my crew 5 days previously with 1,000 people occupying the street, and spoke about the foundation of Reclaim The Streets being a reaction to the dominance of car culture in urban planning and the other potential uses of a street. A place to meet, to eat, to talk, play, dance and connect with your neighbourhood instead of just using the street as a place to get from A to B.

The street has its own life, and when it is closed and reopened for people, something really special and vital happens to the space. The WestCONnex tollway debacle is exactly everything RTS has historically stood against. We picked a date then and there in the beer garden. A month from then to shut down Campbell Street, which was in the bulldozers' way. 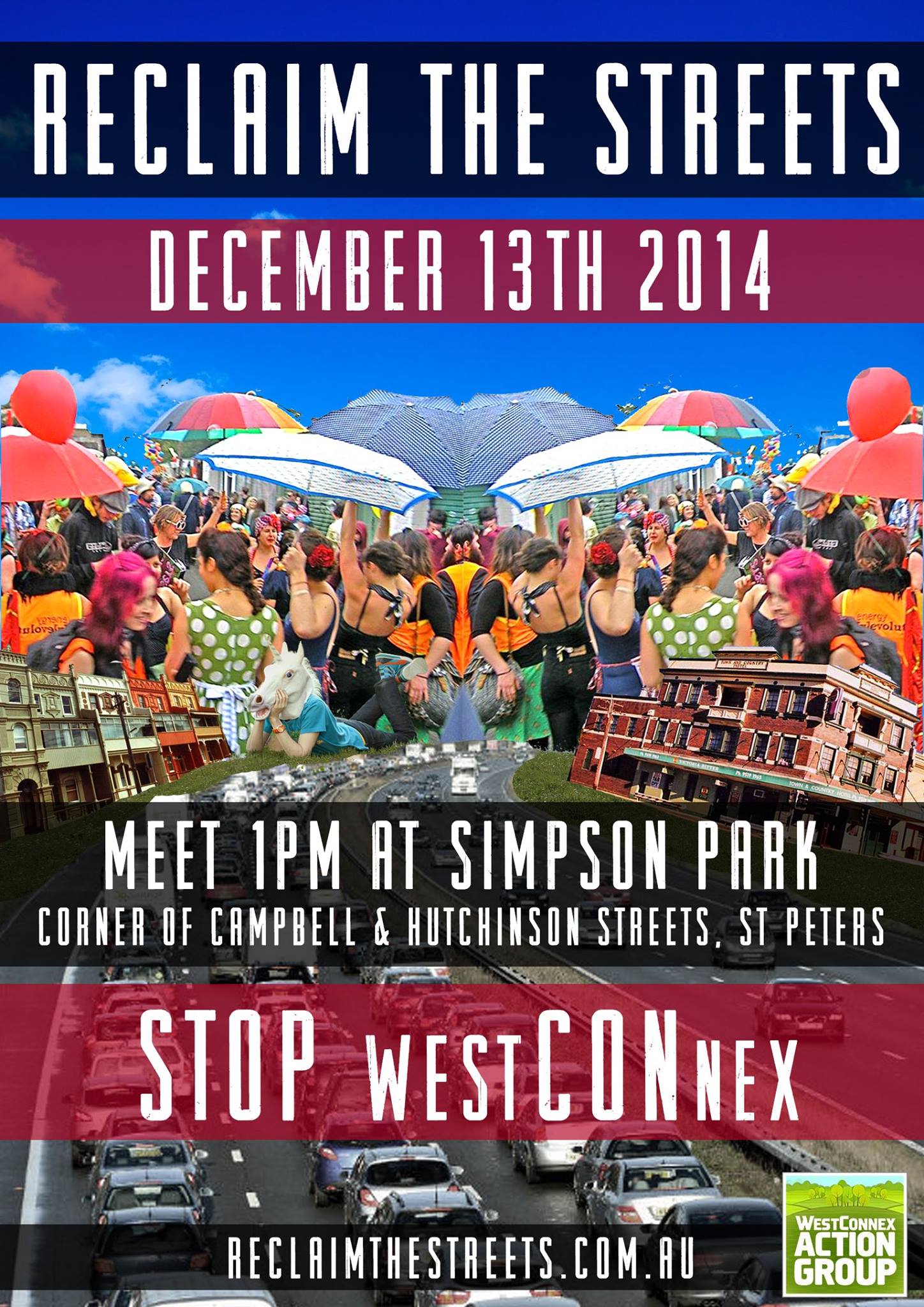 I hurried home with a six pack, picturing seizing Campbell St, the memories of the previous weekend fresh in my mind and a tired spring in my step, on the phone to the crew. We shut down the street on 13 December 2014, and the community got a taste of what was possible. Nine soundsystems, BBQ, bouncy castle, an illegal festival, by and for the community, on the street that was going to be destroyed. 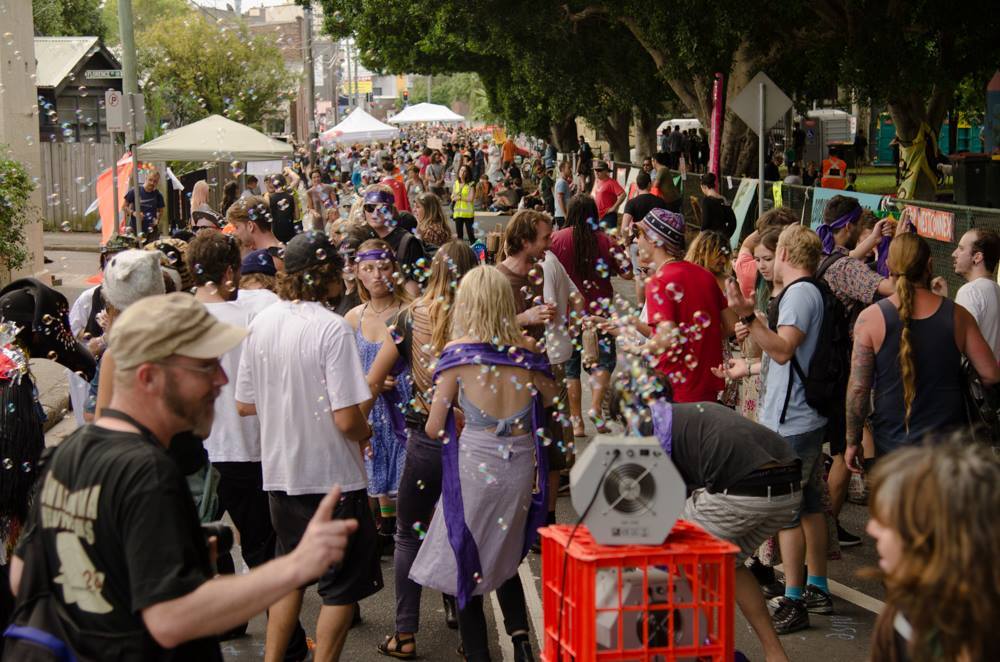 There has to be a better way of solving Sydney’s transport problems that building more roads and ripping down beautiful heritage listed houses and displacing families that have lived there since World War 2. Generations of family history and place, literally bulldozed under this NSW State Government, which is currently Out Of Fucking Control.

That's why I kept going to early morning actions, making banners, organising the giant King Street Crawl march, and doing what I can. This project is deeply flawed in a huge list of ways. And I believe in my neighbourhood, and a better future for Sydney. I’ll stand with, and support the WestCONnex Action Group however I can. Save Sydney from this inept tollway. Cancel WestCONnex. 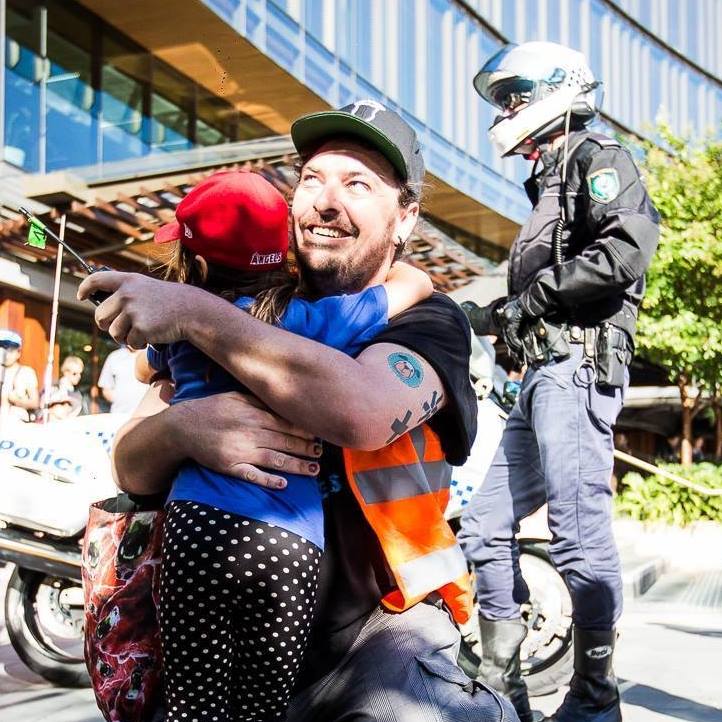 Chris with a young fan.