On Friday 10 September 2016, the Federal Member for Barton, Linda Burney and concerned members of the community visited the site of the Green and Golden Bell Frog (GGBF) habitat, Kogarah Golf Course at Marsh St, Arncliffe.

Members of the WestCONnex Action Group briefed Ms Burney on the damaging affects the WestConnex has so far borne on the habitat and other factors which could see the GGBF become extinct at Arncliffe.

Construction of the RTA ponds, where the colony of frogs live, was a condition of approval for construction of the first M5 in 2000. The frogs foraging and breeding habitat includes the adjacent Golf Course and its watercourses.

Most of the area at the Kogarah Golf Course, of what used to be the foraging and breeding habitat of the GGBF is now a WestConnex Construction compound, the mid tunnelling point of the New M5 between Kingsgrove and St Peters.  It is also severely impacted by the Marsh St widening which comes to within a metre of the RTA pond fence line.

There is a buffer zone between the construction site and the RTA ponds denoted by a one metre high frog fence which the frogs cannot access.  This fence is signposted ‘DO NOT ENTER ENVIRONMENTAL PROTECTION AREA’.  The buffer zone is designed to protect the frogs and their remaining habitat.  This area has been severely damaged by a large vehicle.  Ms Burney could clearly see the area of extensive damage in the buffer zone and she was dismayed to hear that an unfiltered vehicle emissions stack and Operations Management Centre will be built here after completion of construction. 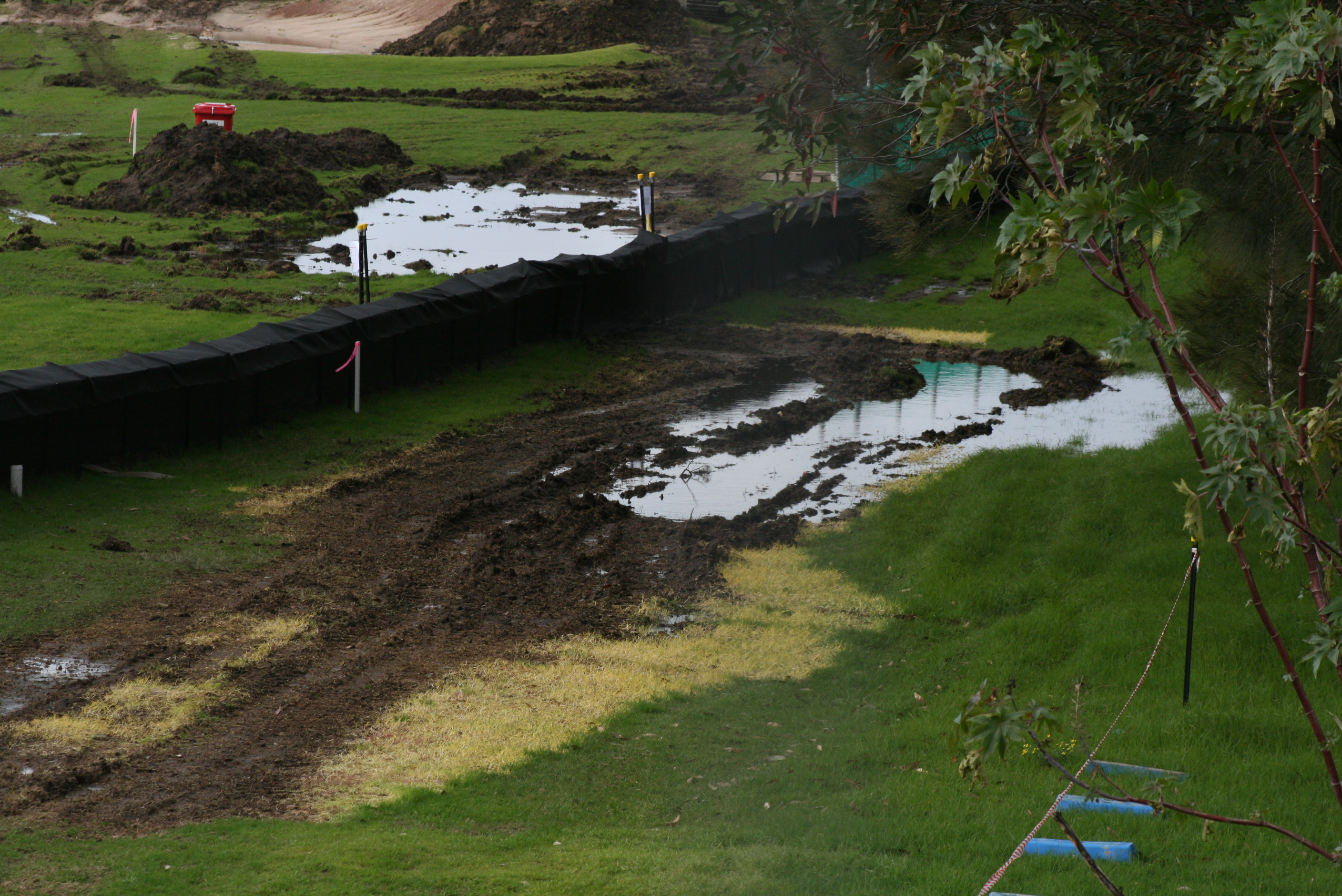 WestConnex’s lack of planning for care and conservation of the GGBF mean that the frogs’ survival is in doubt. Important feature of various GGBF plans since 2005 have not been acted upon.  The frogs’ foraging and breeding habitat has already been dramatically reduced. Captive breeding hasn’t commenced and the promised new GGBF habitat in Eve St, Arncliffe is not due to start construction until sometime in 2017. Construction of this facility will take about 6 months and it will then take at least three successive breeding seasons (usually spring and summer) to show whether the new habitat is working for the frogs or not.  That could be sometime in 2019.

If everything fails and the population becomes extinct the last resort it to translocate from other populations. New habitat, captive breeding and translocation of frogs is not even guaranteed to succeed, even WestConnex has admitted this.  But instead of acting decisively to save the frogs by providing in-situ habitat enhancement, or changing the configuration of the construction compound WestConnex’s lack of meaningful action provides a very grim outlook for this vulnerable species.

Instead of building a new habitat, the site at Eve St is currently used as a storage site for PVC electrical pipes.

There appears to be a significant disconnect between WestConnex’s stated plans and what is actually happening on the ground. A community member reported contacting a WestConnex compliance officer to report that the frog exclusion zone had been breached by trucks, only to be told that this was not the case and that the area was regularly checked to ensure compliance. This is clearly not the case (as this photo demonstrates). This incident highlights the importance of the public making complaints and reporting breaches. In this instance, thanks to the actions of the community, the Department of Environment and Planning is currently investigating this matter.

If you have a complaint or wish to report a breach of conditions: