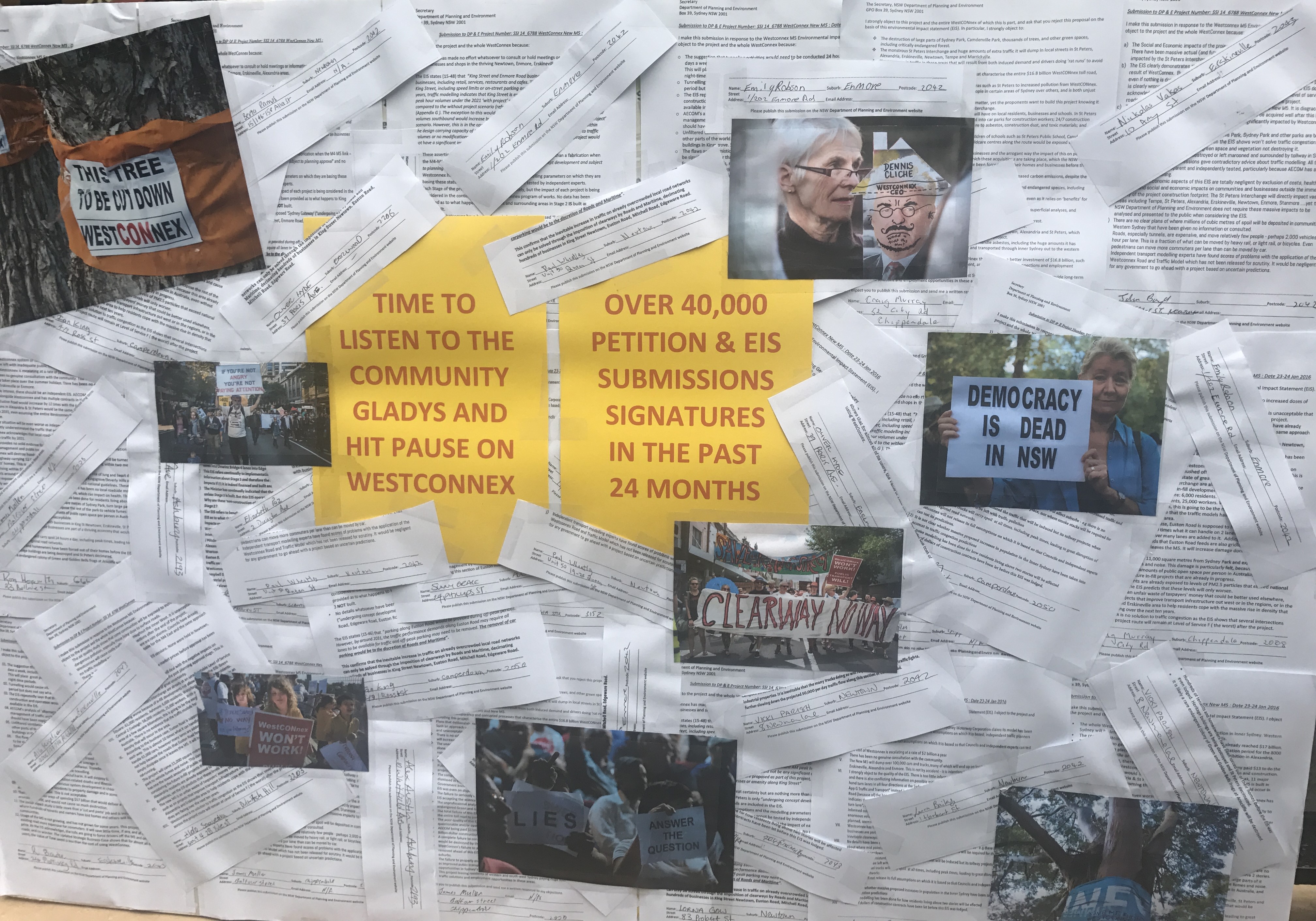 “As the Department should have been aware, this is a misrepresentation. CAW’s own submission clearly stated that CAW is a network of 11 groups opposed to Westconnex. These 11 groups, which represent thousands of residents across Sydney, were listed in our submission.”

"We demand that the Planning Department issue an immediate correction to their media release on its website by removing the reference to a 'local group’. The Department must acknowledge the extent of opposition to WestConnex across Sydney,” said Rhea Liebmann, member of WestCONnex Action Group and CAW spokesperson.

In checking their submissions published on the Planning website, CAW members also discovered that a number of submissions have not been published.

A convener of Rozelle Against WestConnex (RAW) who rang the Department to complain was told that the failure to publish part of their submission was due to “human error”.

“This is not good enough and once again highlights the inadequate community consultation processes which have been a fundamental flaw in the project since it was first announced. We are concerned that if our members have been quickly able to identify missing submissions, there may be many more missing.”

“How can the public have confidence that the Department will conduct a 'thorough assessment of the merits of the project' as it promises in its media release?  It is clear that the approval processed is being rushed and the Department pressured to push the approval through.” said Rhea Liebmann

Members of the Coalition Against WestCONnex: