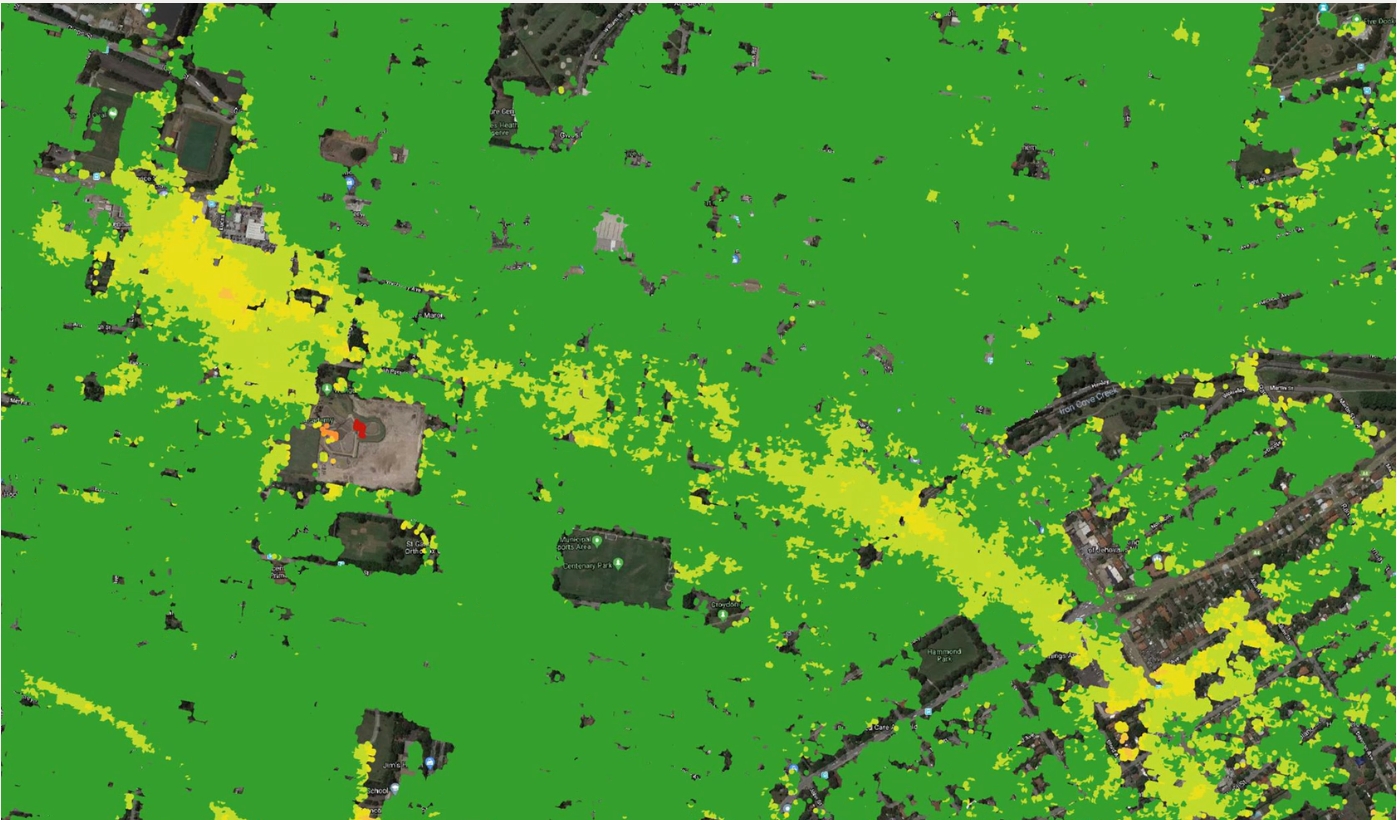 Earlier today Otus Intelligence Group - an organisation within the Space Startups program at the Element 8 Incubator & Accelerator in Western Sydney - released satellite-imaging analysis that has accurately measured ground movement as a result of WestConnex construction and tunnelling. The Otus imaging analysis clearly evidences ground settlement along the WestConnex tunnel routes immediately after tunnelling, and in some areas showed movement greater than permitted by the Planning Approval and with a much wider zone of influence that the 50-metre zone allowed for by Government.

The satellite imaging technology, regularly used in Europe, measures ground movement at specific locations over points in time, and can be used to demonstrate a direct link between WestConnex tunnelling and property damage. The analysis shows ground settlement in some areas significantly in excess of the limits contained in the Planning Approvals for WestConnex. In addition, the so-called 50 metre ‘zone of influence’ from the tunnel edges, which WestConnex has set as the limit of possible property damage, appears to be grossly underestimated, with significant ground movement occurring up to 300 metres from tunnels.

Until now only homes and businesses in the 50-metre zone have been provided free property condition reports and, where damage occurs, claims have been denied on the grounds that they are outside this zone.

The WestConnex Planning Approval conditions allow maximum ground movement of 30mm for ordinary properties, 20mm for heritage and sensitive properties, 40mm for roads and parking lots, and 50mm for parks. Many of the residential properties sampled in North Strathfield showed movement of 20mm. However, of particular concern were ground movements of more than 45mm near the gas tanks at Sydney International Airport (which are more than 100m from the tunnel), and settlement of more than 50mm underneath hotels in Marsh Street, Arncliffe, near the New M5 dive site.

The Coalition Against WestCONnex (CAW) has been extremely concerned about the number of homes that have been profoundly damaged by both construction and tunnelling for Stages 1 and 2 of the WestConnex project. Claims have been routinely denied by the WestConnex contractors on the basis that the damage was due to the drought rather than the tunnelling going on beneath. This technology puts the cause of the damage beyond doubt.

Residents are also extremely worried by the very shallow and wider tunnels proposed for Stage 3 - the M4-M5 Link between St Peters, Rozelle and Haberfield - which even the Government acknowledges will put 4,500 homes at risk, many very old and without modern foundations.  However the results of this analysis indicate that the number of properties impacted may in fact be in excess of 25,000.

In response to WestConnex’s denial of responsibility, WestCONnex Action Group (WAG) set up a Property Damage Register, and Leichhardt Against WestConnex (LAW) has been working with Otus Intelligence Group to use this satellite imaging platform to assess the real impact of WestConnex construction and tunnelling on homes along the route.

“The Otus Intelligence study clearly shows a direct causation between WestConnex tunnelling and ground settlement damage to properties near the tunnel routes, which WestConnex contractors have been denying. It also shows that significant ground movement can occur as a result of tunnelling outside of the 50-metre zone of influence allowed by WestConnex. This means that tens of thousands more homes could be damaged by the shallow M4-M5 Tunnel than stated in the Environmental Impact Statement.”

“This study is yet more proof that the project is being recklessly rolled out, and that the Berejiklian Government has failed to use available world class methods to properly assess the real impacts of the State’s largest infrastructure project on residents and the environment. The Environmental Impact Statements have been proved wrong in so many areas, and the Approval conditions are clearly totally inadequate, making a mockery of the planning process.”

“The Berejiklian Government has only been interested in building and selling the tollway, notwithstanding the real impacts on residents along the route or on the environment.”

“The M4-M5 Tunnel must now be immediately halted to ascertain the actual impacts of the very shallow tunnelling proposed and the Government must immediately step in to ensure damage already done to homes is rectified.”

“The Government must now deploy this technology to confirm actual settlement from tunnels completed and monitor actual settlement from all tunnelling works, and must provide the reports to all residents impacted. It is clear the assurances and planning approvals of the Government are not protecting residents or the environment,” said Rhea Liebmann.

CAW is a network of community groups opposed to WestCONnex, including: