WestCONnex to destroy over 800 trees in Sydney Park, St Peters and Alexandria

Late on Friday 6 January 2017, the major report outlining the trees to be destroyed for WestCONnex in and around Sydney Park was released. This report, along with two others released in September and December 2016, show the staggering extent to which the Baird govt plans to destroy trees there to make way for the tollway. The reports run to hundreds of pages, so we've summarised the main impacts. 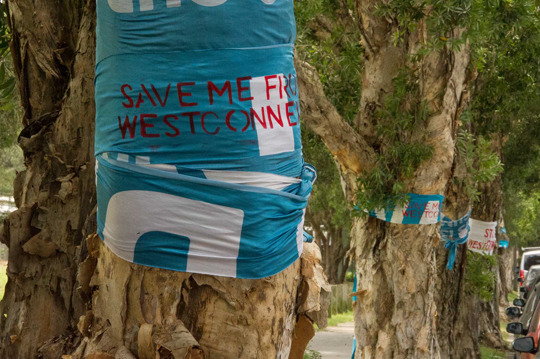 In Sydney Park, trees will be removed (destroyed) on:

In St Peters, trees will be removed on:

In Alexandria, trees will be removed on:

These areas are highlighted in red in Map 1 below. 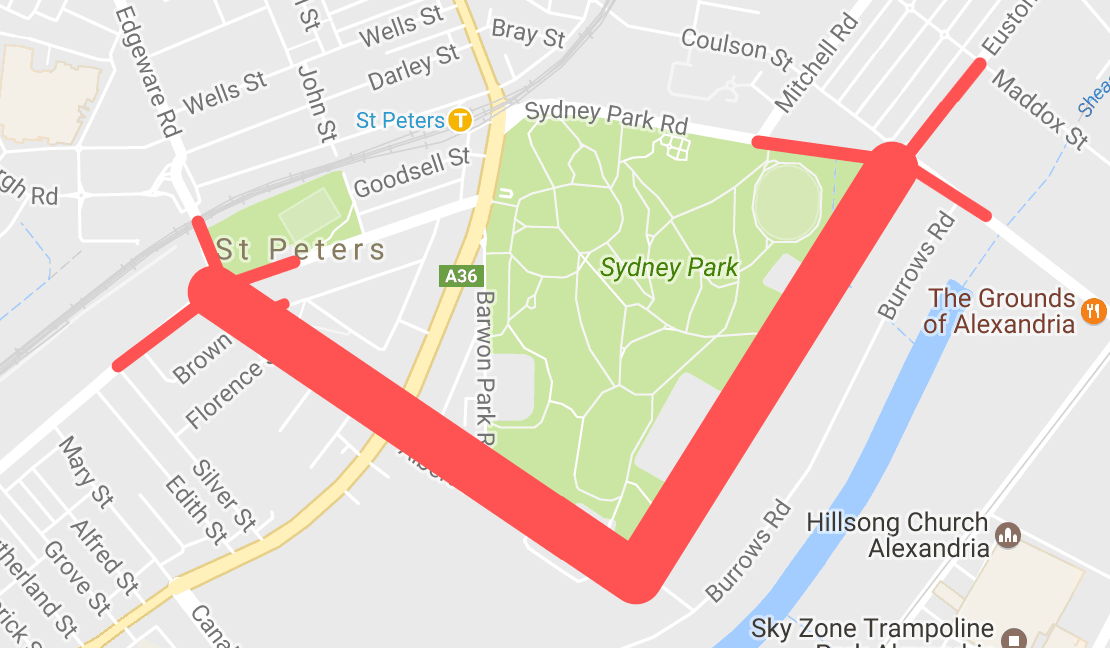 As well as the 827 trees marked for destruction, these reports show that hundreds more, including other highly significant trees, have been assessed as being at risk from the project unless there are redesign or careful protection measures taken. Even those labelled in the reports as  "retained" - i.e. spared destruction - will require careful monitoring and protection. This destruction comes on top of the hundreds of trees already destroyed within the boundaries of the St Peters Interchange.

It is important to realise that the huge amount of damage outlined in the reports will not necessarily be the end of the destruction. Further works involving the removal of trees may occur. City of Sydney council will also have to remove trees if WestCONnex works damage the root systems of those outside of the project boundary.

The consent conditions set for the WestCONnex New M5 by the Dept of Planning also state that the Sydney Motorway Corporation (SMC) must consider all options before a tree is removed, including realignment of the planned road. Aside from several highly significant fig trees in Simpson Park that are threatened by the project, there is no evidence in the report that other options were considered. Instead, it is simply stated that construction means trees must be removed.

The conditions also require that the SMC must have a plan to replace all the trees lost, so there is a net increase in trees overall. This plan must be developed in consultation with  local councils, but the SMC doesn't have to develop it until the final Urban Design phase. This is many months, if not years, away.

The consent conditions for the WestCONnex New M5 mandated that tree reports by an independent arborist must be prepared before any tree in or outside the project footprint is removed (condition B63). These reports must identify the impact on trees and vegetation of the project, and must be approved the the NSW Dept of Planning and Environment before any destruction works can commence.

The major tree report in this series was only published on the WestCONnex website after 6pm on Friday 6 January, giving City of Sydney, Inner West Council, and local residents almost no time to check the reports meet the conditions before work is set to begin.

Summary of trees to be destroyed by area

This is the area covered in the most recent tree report, which was only published after close of business on Friday.

This report recommends that 527 trees are to be destroyed. These are marked in red in Map 2 below. 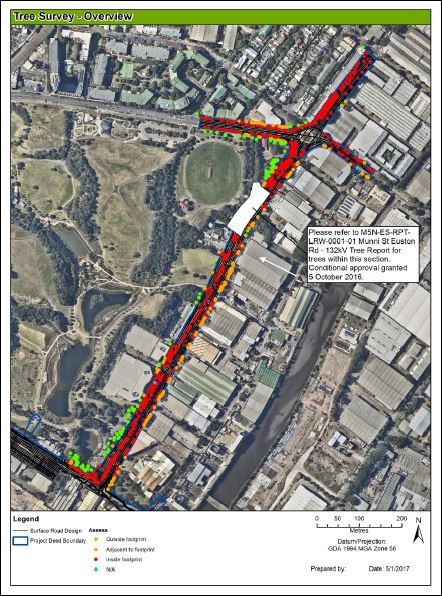 Map 2. Overview of areas covered by the reports in Sydney Park and Alexandria. Trees marked with red or orange dots are to be destroyed.

The trees to be destroyed in this area include several significant fig trees on the corner of Euston Road and Sydney Park Road. The block of apartments on Euston Road across the road from the park (just past the Sydney Park Road roundabout) will be left within 1.6 metres of the widened road. All trees outside these apartments - many of which provide vital privacy, shade and foliage for the residents in the townhouses and flats immediately behind them - will also be lost, along with trees on the other side of the road and on Huntley Street. 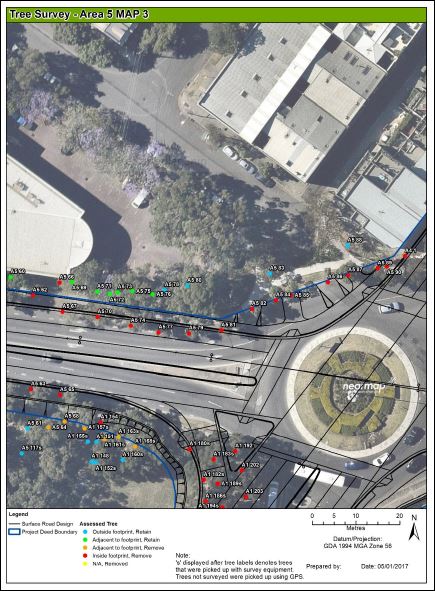 Map 3: Trees analysed at and around the intersection of Euston Rd, Sydney Park Rd and Huntley St. Those marked with red or orange dots are to be destroyed.

The report finds that no tree in this area can be saved due to the need to widen Euston Road, and drainage and gradient requirements. These requirements relate to the high water level in this area, and are among the reasons why those opposed to the New M5 argued that this road is unsuitable for supporting a major motorway.

Many small, native, slow-growing plants and shrubs in this area are not even covered by the report. 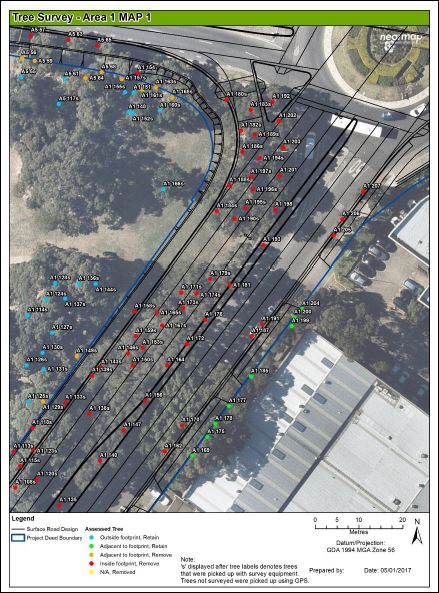 Map 4. Trees analysed by the report in Sydney Park at the northern end of Euston Rd and Sydney Park Rd. Those marked with red or orange dots are to be destroyed.

In this area, 122 trees are to be destroyed in this area. This includes trees on Campbell Rd and Campbell St, the side streets that run off both these roads, and Bedwin Rd, Unwins Bridge Rd and Princes Highway. 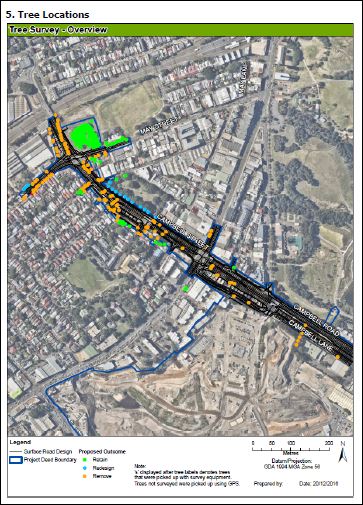 Map 5. Trees analysed on Campbell St, Campbell Rd and surrounds, St Peters. Those marked with red or orange dots are to be destroyed. Saving trees marked in blue will require a redesign of the planned road.

In addition, the tree report for this area acknowledges that 16 more trees, including 11 highly significant fig trees in Simpson Park on Campbell Street, could also be lost if the project is not 'redesigned'. No details are provided of when this redesign will take place, or whether it will need to go on public display and be approved by the Dept of Planning and Environment.

The report states: "Until the redesign is complete and this tree report updated and approved by Department of Planning and Environment no work that may damage the trees can be undertaken in the tree protection zone." However, the root system for these fig trees extends across Campbell Street to the area where homes are about to to be demolished. The report does not explain what "may damage" is supposed to mean and who will judge that. These trees are marked with blue dots in Map 6 below. 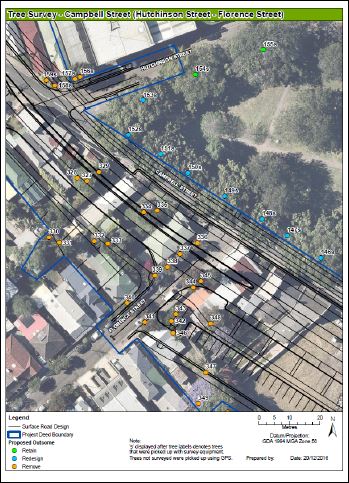 Map 6: Tree survey area on Campbell St, Florence St and Hutchison St in St Peters. Those marked with red or orange dots are to be destroyed. Saving trees marked in blue will require a redesign of the planned road.

The threat to Simpson Park is bound to upset local St Peters residents, who are also facing noise, dust and disruption from demolition - particularly as SMC staff had previously told many residents that the reason why so many houses had to be acquired in the streets adjoining Campbell St was because of the high priority placed by the community on saving Simpson Park and its trees. 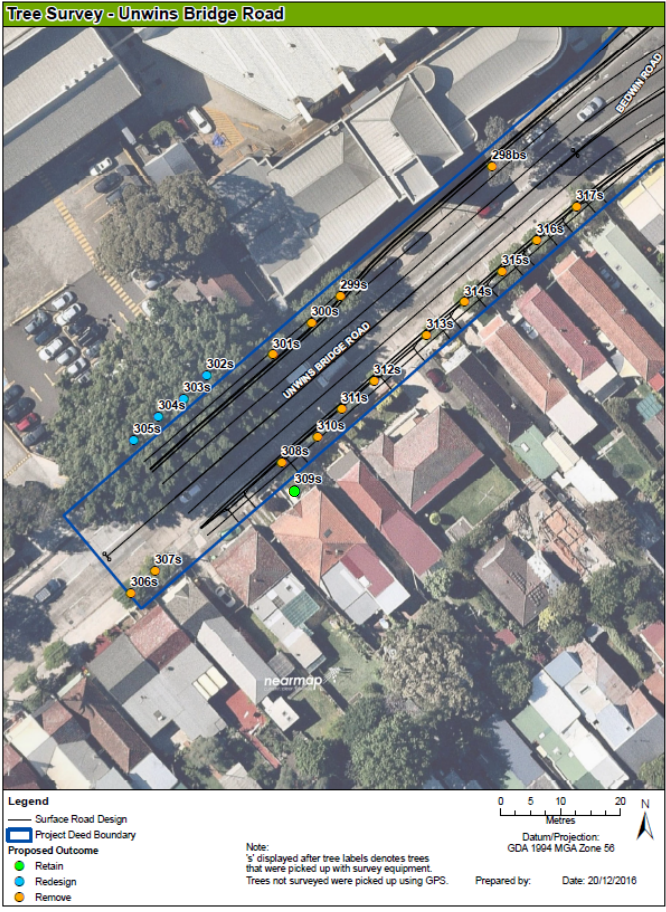 Map 7. Tree survey area on Unwins Bridge Rd, St Peters. Those marked with orange dots are to be destroyed. Saving trees marked in blue will require a redesign of the planned road.

The tree report for this section was published in September 2016, and refers to part of the land on the edge of Sydney Park near the top of Euston Rd. Work was stopped in this area when WestCONnex contractors attempted to knock down trees without having a tree report approved.

A total of 178 trees are to be destroyed in this area. Some of these are tall healthy casurinas and eucaplyts. Others are smaller clumps of trees that all carry the same number on the maps.

This report was given only conditional approval, with a further 10 trees needing further investigation and approval by the Dept of Planning and Environment. These reports have not been published. 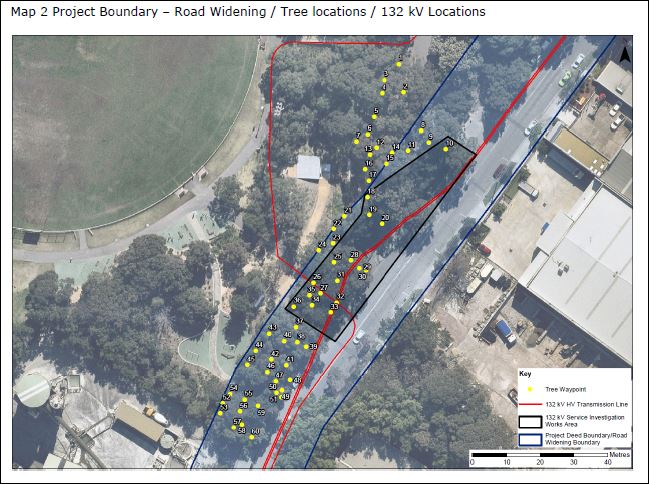 Map 8: Munni Creek area in and next to Sydney Park (shaded), and trees to be destroyed or reviewed.

The tree reports do not include any root mapping. This means that other trees outside the project boundary could be damaged as trees are removed if their root systems extend further than expected.

The tree reports also do not cover small trees, shrubs and other vegetation, even though Condition B63 requires the reports to identify the impacts of the project on trees AND vegetation within and adjacent to the construction footprint.

The experience of residents in other areas of WestCONnex construction is that insufficient land has been acquired for the project, requiring additional land as the project boundaries creep outwards. Not all areas have yet been assessed by the project, and some new areas could yet be seized or impacted by WestCONnex.

With tree destruction works set to start at any moment, now is the time to take a stand against this destruction. Please help us keep watch by volunteering for a shift at the Save Sydney Park camp on 0402 261 364, and email us with your name and mobile phone number to sign up to our action alert list. 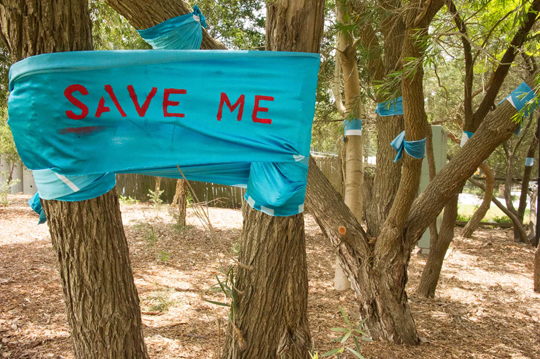