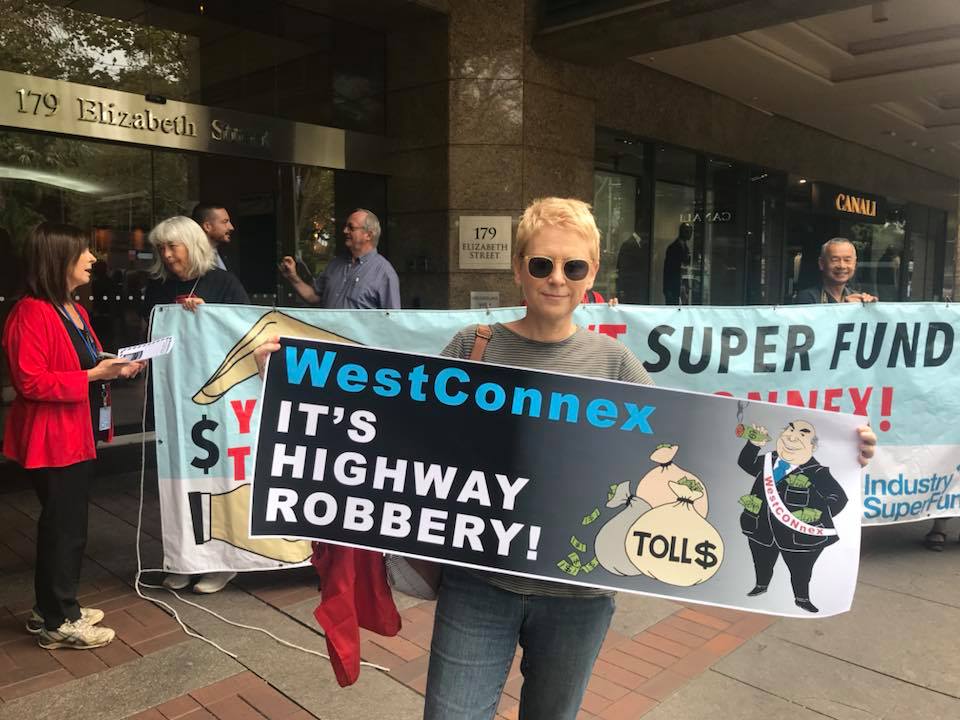 This Inquiry was important because it finally gave a voice to the community and a committee that was prepared to listen to their experiences.

“After more than four years of being ignored and fed lies by WestConnex and the NSW government, it is reassuring and a welcome relief that the Committee listened to us,” says Rhea Liebmann, a spokesperson for the Coalition against WestCONnex.

This report should alarm all citizens of NSW, especially hundreds of thousands impacted by infrastructure projects. It reveals shocking evidence of unacceptable impacts on the quality of life and the health of communities. There was no consideration given to alternatives such as public transport before starting the project and the business case was established retrospectively.  There has been a failure in consultation and complaints procedures, leaving residents helpless.

We welcome some of the findings but completely reject the first finding that WestConnex is: “...a vital and long-overdue addition to the road infrastructure of New South Wales. The committee supports complete construction, including Stage 3 and the Rozelle Interchange.”

It’s not credible, in light of this report, to justify this recommendation. When you are in a hole this deep the first thing to do is stop digging.

“The NSW Gladys Berejiklian government has just granted a $3.9 billion contract to CPB a company that have been involved in all stages of WestConnex. This decision is a recipe for further disaster, and demonstrates the failure of good governance and transparency that we should be able to expect from a modern democracy,” said Rhea Liebmann, spokesperson for CAW.

We agree with the dissenting report by Greens member, Cate Faehrmann, that WestConnex and the planning of other tollways should be halted before more damage is done and a full review conducted in which all alternatives are considered.  There should be a Royal Commission into the many questions that remain unanswered.

As the dissenting report makes clear, the rest of the world is moving in an entirely different direction, finding:  "The committee heard compelling evidence of the benefit to other cities around the world which have chosen not to invest in new motorways and instead invested in reducing car use and improving public transport. If an assessment of alternatives to WestConnex had been completed, then it would have been clear that public funds should have been spent on improving public transport instead."

At a time when the world is trying to take action to prevent a climate crisis, it is extraordinary that the most expensive infrastructure project in Australia’s history has not even considered the impact this thing will have on carbon emissions.

“We’re relieved that the Committee did not accept RMS’s assurances that non filtered ventilation facilities are ‘best practice’ and welcome the recommendation for filtration of stacks. The government told the Inquiry that it could retrofit tunnels with ventilation - it’s time for them to do that on all tunnels in Sydney. Surely the Berejiklian government is not going to wave aside the evidence of senior doctors that say there are “serious health risks, “ said Kathy Calman.

The Inquiry committee finds that transparency and accountability are weakened by privatisation, making it harder to fix weaknesses and problems in infrastructure delivery.  We say that lack of privatisation, lack of transparency, revolving doors between government and private companies are the heart of the problem.

“We will intensify our campaign against destructive, deceptive and unfair tollway policies of the Gladys Berejiklian government from now on until the March election. But if Labor is elected they will inherit an awful mess. Labor needs to step up now and act in the public interest to stop Stage 3 going ahead.”

The failure of logic at the heart of this report is contained in this finding: “Stage 3 of the WestConnex is strategically important to New South Wales and should be constructed, not merely because of the massive financial penalties which would apply were it to be cancelled, but because without Stage 3 the benefits of the WestConnex project as a whole would not be realised“.

The report makes it clear no one knows the true cost of this project, that the ‘success’ of the project relies of continuing forward traffic demand and ongoing privatisation will make all of these issues more acute, while the benefits to the NSW community and the opportunities lost in terms of alternative public transport remain unclear, so why continue?

We call on the government to respond in particular to recommendation 11: That the NSW Government immediately publish a full account of all costs to be incurred by NSW taxpayers if Stage 3 contracts were cancelled.

The Campaign against WestConnex welcomes and agrees with the dissenting report by Greens member Cate Faehrmann. “It’s dangerous and frightening that major infrastructure projects can be sold off before they are even designed, “ said Kathy Calman. “We hope that all the trauma caused by WestConnex will lead to more rigorous planning and assessment in the future.”

The report can be found here