"This blue is our blue": MUA joins the fight against WestCONnex

Last week, members of the Maritime Union of Australia (MUA)'s Sydney branch pledged the union's support to the fight against WestCONnex. Here's a quick wrap-up of what that means, and where we go from here. 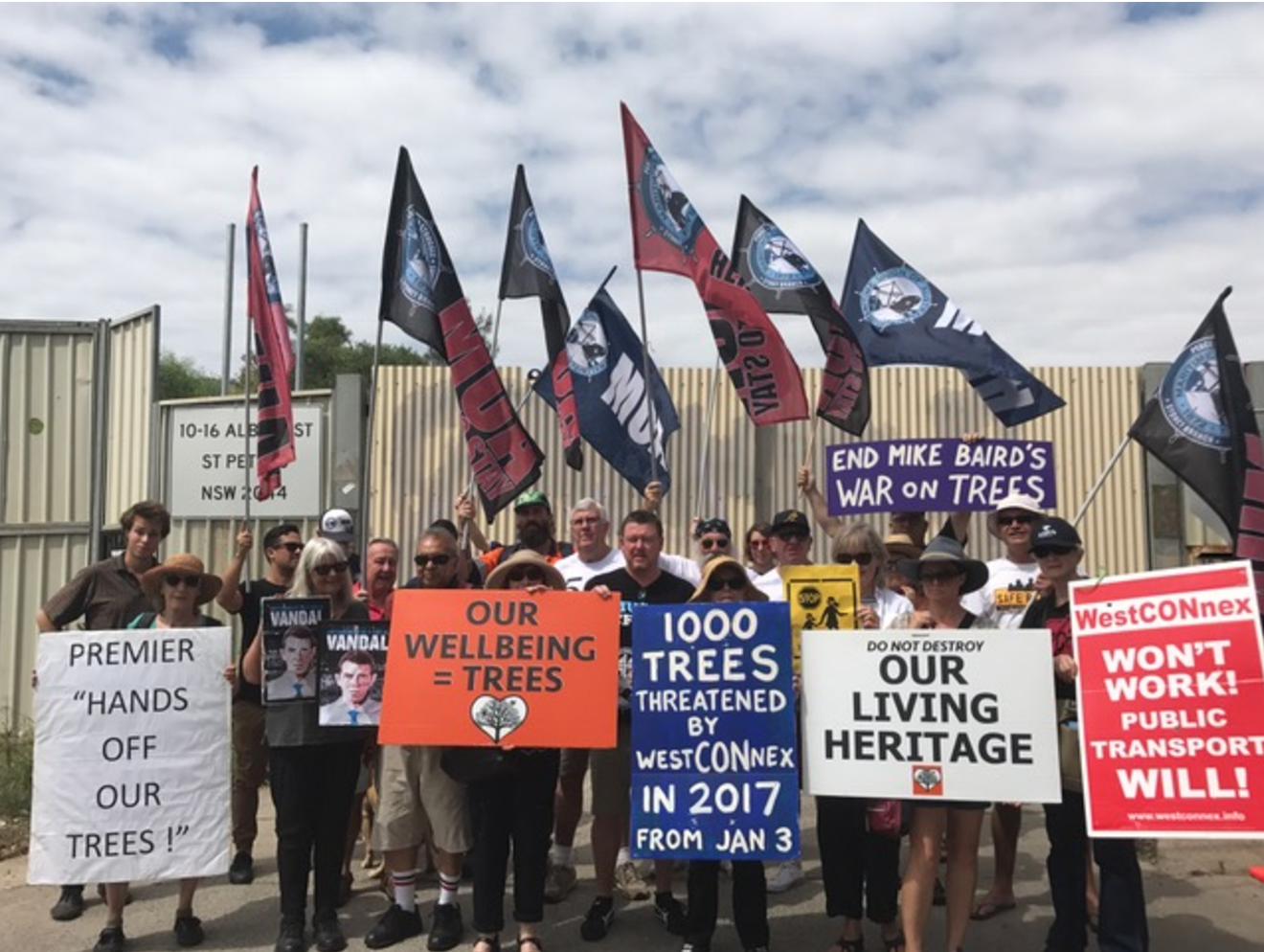 On Thursday 12 January, we were delighted to welcome a delegation from the MUA Sydney branch to the Save Sydney Park camp.

The union members immediately found themselves on the frontline of the protest at the WestCONnex St Peters Interchange construction compound, where they joined residents who were peacefully blocking the gates.

And it wasn't long before they experienced the same heavy-handed police tactics we've seen police use against residents at WestCONnex protests.

“If this is the way the Baird Government deals with peaceful protest – have a pensioner aged over 80 skull-dragged across the ground – then the people of NSW are in serious trouble,” Joe Deakin, the branch's  said in the MUA's official statement.

Shortly afterwards, the MUA invited WestCONnex Action Group (WAG) to come and speak to its members at Hutchison Port, which we did on Friday 20 January.

The session started with the Sydney branch's Deputy Secretary Paul Keating and Secretary Paul McAleer explaining why the MUA was supporting the fight against WestCONnex.

"This blue is our blue," Keating said, saying WestCONnex has led to "communities being bulldozed", and seen Baird's draconian anti-protest laws used against ordinary people.

"What these laws represent is the diminishing of democratic laws that allow our right to assemble. To defy unjust, immoral laws.

"The bullying that's gone on in this community is a fight we need to embrace. Every one of us should be standing with these communities who are fighting back."

"This is what fascism is. This is where it starts, with communities losing their right to protest," said McAleer.

"We're asking you to support this campaign, which is our campaign. It's our communities.

"We're saying to politicians that we're not going to stand back passive. We're fighting back."

Wendy Bacon then provided a short explanation of WestCONnex, including how its deep links to big political donations made by toll road companies like Leighton (CIMIC) and Transurban to both major parties, and why it'll fail to solve traffic congestion.

Pauline Lockie then spoke about the devastating impact the tollway is having on families across Sydney. She shared her own experience of having her home forcibly acquired, explaining how hundreds of families had been offered far less than what their homes were worth, and that this had left people unable to buy back within their own communities.

Lockie also explained how WestCONnex would slug western Sydney drivers up to $25 a day in tolls if the whole road is built, a rate that would go up at 2-3 times the current inflation rate. It would also leave thousands more families living next to unfiltered pollution stacks and busy six-lane roads. She noted that even WestCONnex's own advice to drivers using the tunnel is to leave vents and windows closed at all times, "because the air will be that toxic".

"It was wonderful to meet so many MUA members afterwards, who all pledged to see us at protests in the days and weeks to come," said Lockie.

"Not one member we spoke to was in favour of WestCONnex. Even those who live in western or south west Sydney knew they wouldn't be able to afford the tolls, and that what our city really needs is better public transport." 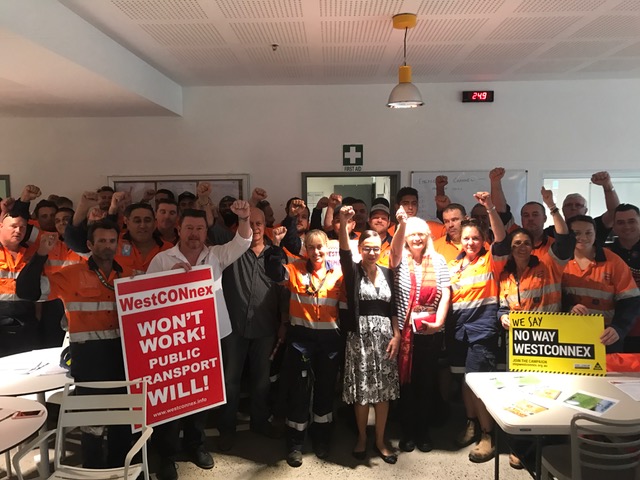 As well as joining us at future protests, the MUA Sydney branch will be holding a Solidarity BBQ at the Save Sydney Park camp after their next stop-work meeting on Tuesday 31 January. All are welcome, and we'll post the exact times here when they're confirmed.