BAIRD HAS ‘LET THEM EAT CAKE’ MOMENT OVER WESTCONNEX DESTRUCTION

PREMIER Mike Baird was confronted in Haberfield on Tuesday by dozens of local residents whose communities are set to be destroyed for WestCONnex as he attended the opening of a local patisserie.

“Hundreds of family homes and businesses here are set to be destroyed, and our suburbs will be choked with traffic and pollution – all for a road that would see western Sydney drivers pay huge tolls to drive straight into inner-city traffic jams.

“When Premier Baird arrived in Haberfield, he was confronted by dozens of residents holding anti-WestCONnex signs. Many, including me, told him we found it insulting that he’d come to our community to eat cake as he was preparing to send in the bulldozers to destroy it.

“Residents who were inside at the time told me they were shocked Baird would dismiss the pain he’s causing to so many people with a glib ‘let them eat cake’ joke.

“But the jokes ceased once he got outside, and resident after resident expressed concerns to him about WestCONnex’s heritage destruction, lack of transparency and failure to ease traffic congestion.

“When I spoke to the Premier, I made it clear that if he didn’t know about the appalling way WestCONnex is being managed by his Roads Minister, Duncan Gay, then he needed to hear about it.

“It was at this time Premier Baird invited me to arrange a meeting with him and members of our community to discuss WestCONnex.

“I certainly hope Premier Baird was sincere when he made that offer, because there’s still time for him to do the right thing and halt WestCONnex before its most expensive and destructive parts are built.

“I urge him to do that before he becomes known as the Premier who wasted billions of taxpayer dollars on WestCONnex, sold western Sydney out to toll road companies, and destroyed huge parts of our city in the process,” said Ms Laura. 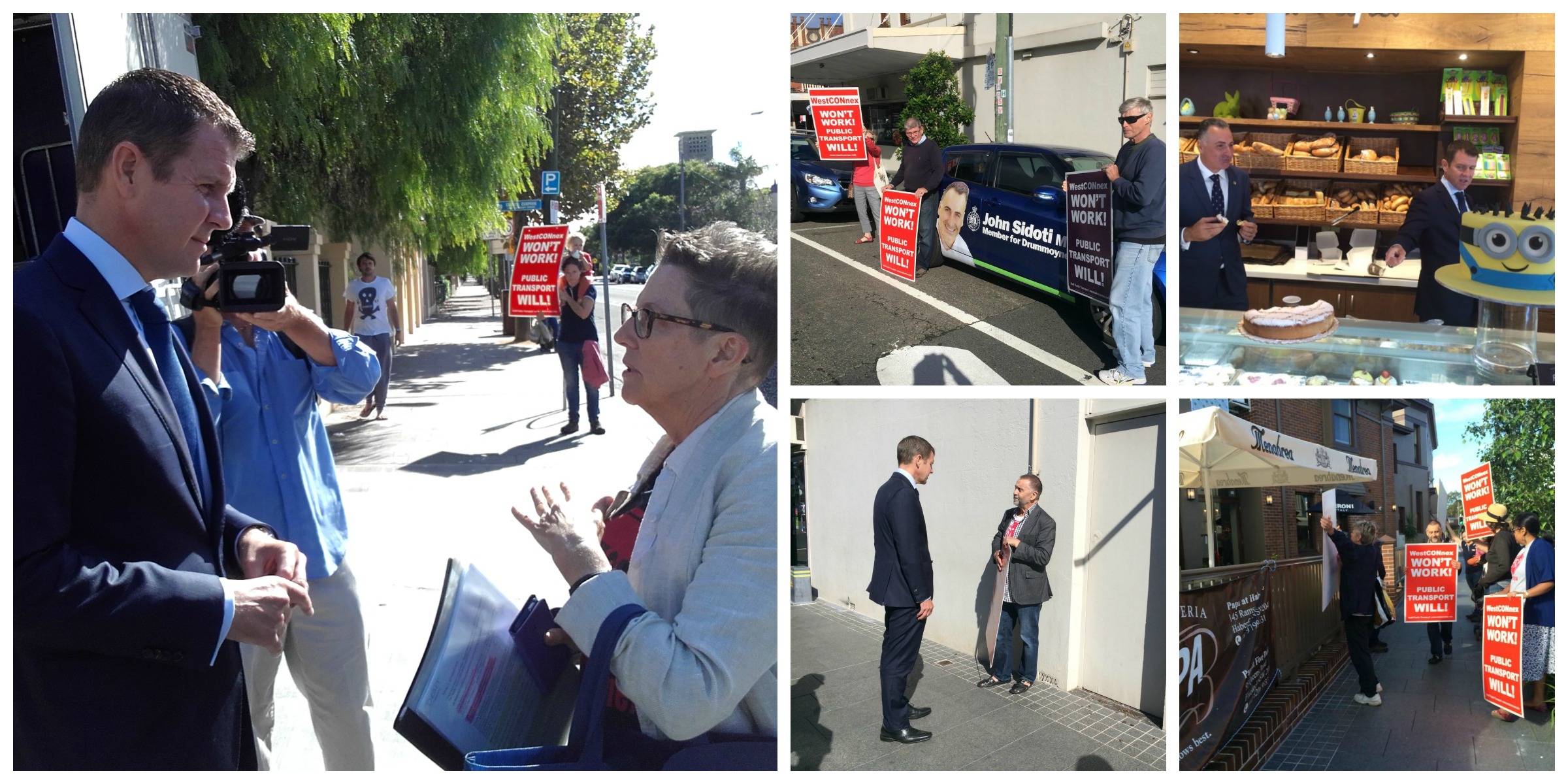