MORE than 9,000 submissions objecting to the WestCONnex New M5 environmental impact statement (EIS) were sent in to the NSW Department of Planning and Environment by last night’s midnight deadline.

The huge response came after WestCONnex Action Group (WAG) and others launched a campaign to help people respond to the 8,000-page EIS, which was released over Christmas and the summer holiday period.

“We know the Baird Government is desperate to avoid any genuine transparency or community consultation when it comes to WestCONnex, so we weren’t surprised when they tried to sneak this EIS through when most people are busy with holidays and family,” said WestCONnex Action Group (WAG) spokesperson Janet Dandy-Ward.

“But community anger is so high when it comes to WestCONnex that we knew people would want to make their voices heard.

“That’s why we ran a major campaign to get the truth about the New M5 EIS out to as many people as possible, and help them make detailed objections to the traffic gridlock, pollution and destruction this project would cause.

“Thanks to our fantastic supporters, our online submissions campaign and street stalls collected over 7,600 submissions to help push the overall tally over 9,000.

“This is a massive increase on the number of objections that were sent in to the WestCONnex M4 East EIS, which were already high at over 4,800.

“This huge growth in opposition reflects rising community anger against the wasteful WestCONnex toll road. People are sick of being lied to by Mike Baird and his government. And we’re not prepared to stand by while he destroys our homes, communities and environment for a toll road that’d charge people from the western suburbs huge tolls to drive straight into a traffic jam.

“The response to the New M5 EIS shows how determined people are to fight the $16.8 billion WestCONnex toll road. And we will not stop fighting until the Baird-Turnbull Governments see sense and cancel this sham,” said Ms Dandy-Ward. 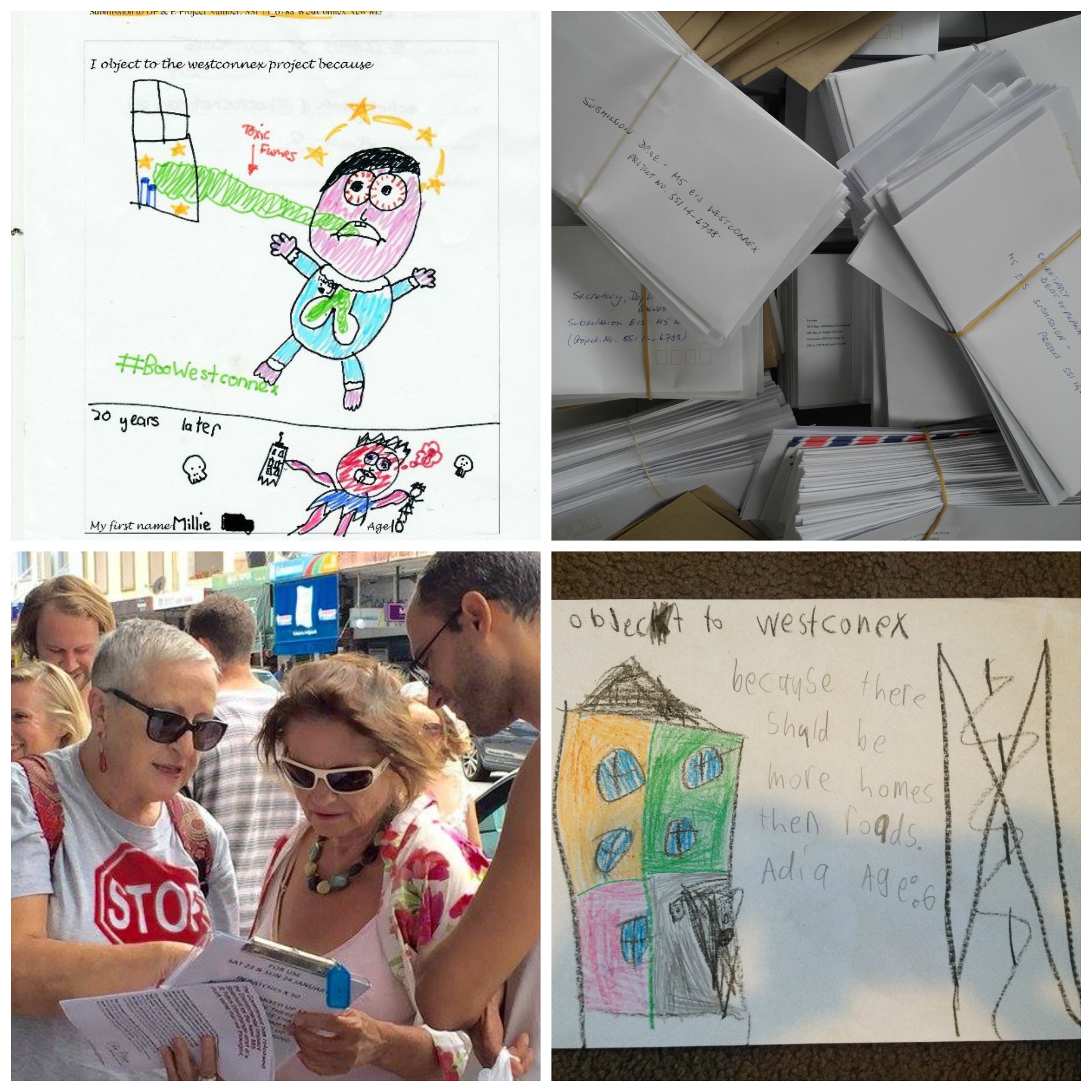