THOUSANDS of people will flock to St Peters on the October Long Weekend to protest the destruction of Sydney Park and support the anti-WestConnex blockade.

The Save Sydney Park Festival is being organised by Reclaim The Streets (RTS) and WestCONnex Action Group (WAG), and will feature multiple stages. Local acts will play everything from Chicago house to UK garage, hip hop, jungle, and drum and bass.

The family-friendly festival will be held on the Euston Road side of Sydney Park, which residents have occupied around the clock since 19 September to prevent the destruction of hundreds of trees for WestConnex. It will start at 1pm on Saturday 1 October and end at sunset.

“The Baird government cares only for the profits of their major donors, but we care about every inch of our precious green space.

“They’re planning to ‘replace’ these devastating losses with what may be the world’s worst park: some ‘green space’ under the massive flyovers and unfiltered pollution stacks of the monstrous St Peters Interchange. 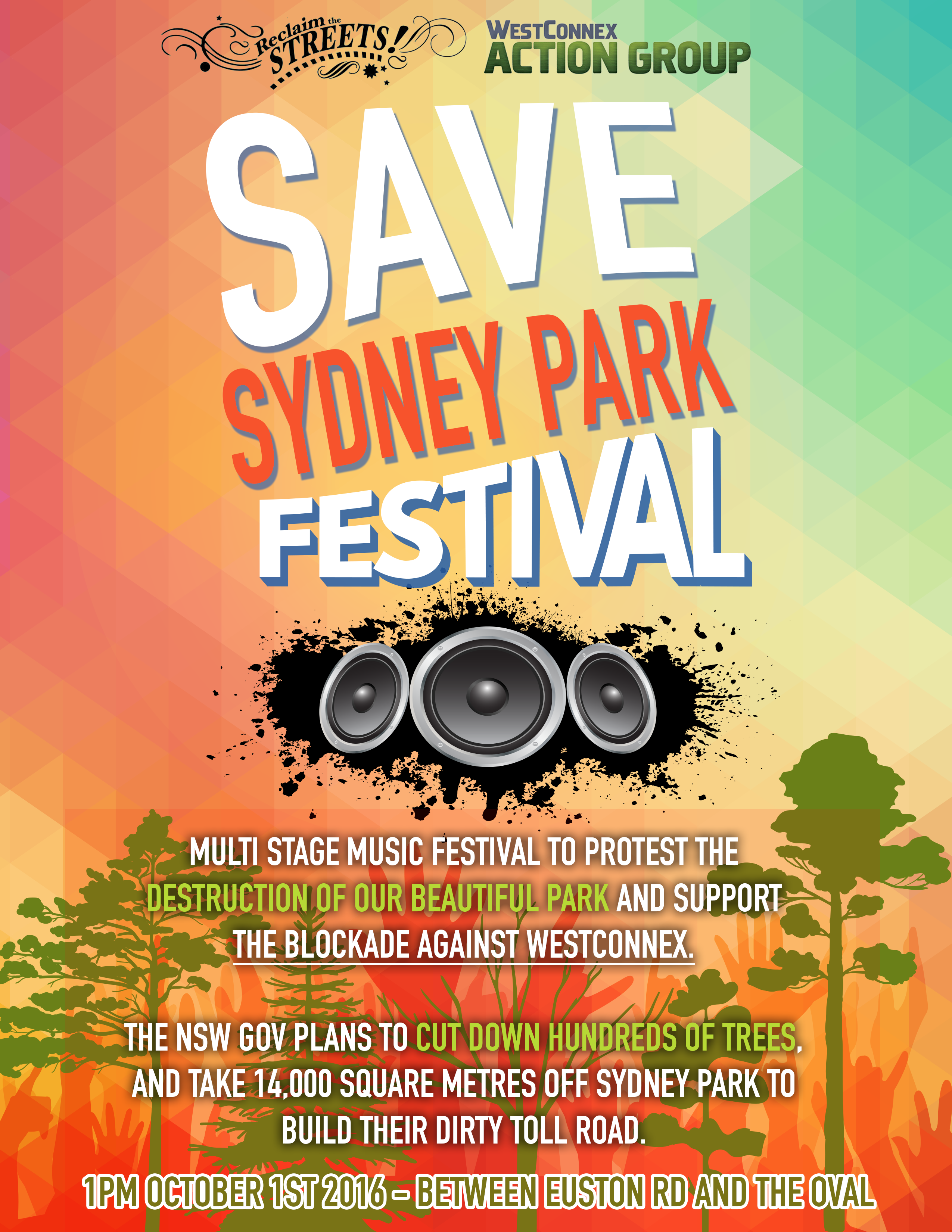