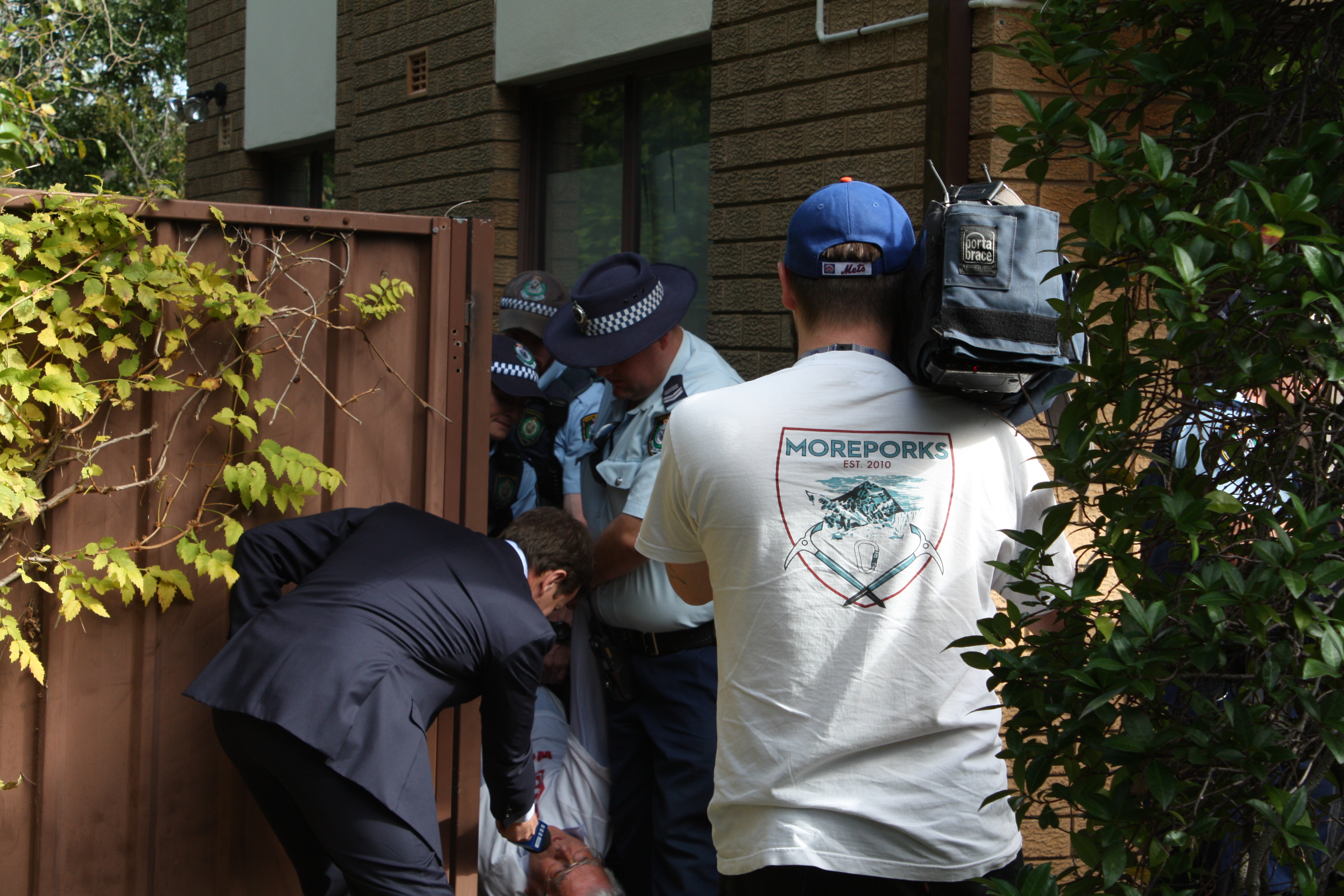 The pair occupied 27 Wattle St overnight after its former residents were forced to leave. The property is due to be demolished and replaced with a WestCONnex construction site.

“We were prepared to stay as long as we could,” said Bill Holliday, 67, one of the two men arrested.

“The home was just a delight – beautifully renovated and lovingly cared for. To demolish places like these is just a travesty when so many people in Sydney are struggling to find homes.

“And what WestCONnex will do to Haberfield is terrible. It will dump thousands of extra cars all over the heritage conservation area, and see drivers rat-run local streets to try and avoid tolls and traffic jams.

“The worst thing is that it’s well known that inner-city tollways like WestCONnex don’t work. Even LA, the king of the freeway, is pulling money out of roads and pouring it into public transport.

“And with $3.5 billion of Federal taxpayer money being wasted on WestCONnex, it’s a major election issue. It’s time for Malcolm Turnbull to make good on his professed love of public transport by halting this funding and redirecting it to better projects.

“And if our local MP Anthony Albanese doesn’t realise this is the #1 issue in his area and commit Labor to doing the same, he stands to lose his seat,” said Mr Holliday.

“We are so thankful to Bill everyone who’s stepping up to protect our city from WestCONnex,” said WestCONnex Action Group spokesperson Pauline Lockie.

“More and more people are now realising WestCONnex will be a financial, social and environmental disaster – one we’ll all be forced to pay for through tolls and taxes.

“There’s no doubt WestCONnex is a Federal issue. Politicians will pay heavily at the ballot box if they don’t step up to stop Australian taxpayer dollars being wasted on this $16.8 billion disaster.

“We expect to see more residents engaging in civil disobedience until WestCONnex and this senseless destruction of our city is halted,” said Ms Lockie.

Photos can be viewed at bit.ly/Occupy3. For high-res versions, please contact us.