The second meeting of the Inner West Council WestCONnex Community Forum was held last Thursday, but the council has not acted on key issues requested at the previous meeting. 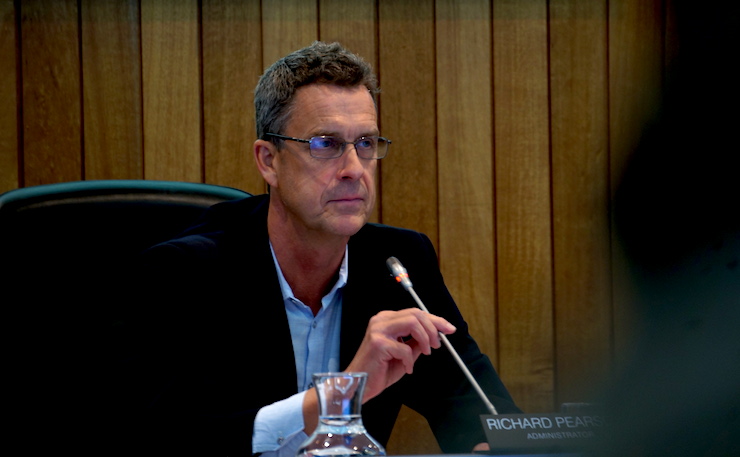 Disappointingly, IWC remains focussed on harm mitigation and not actively opposing WestCONnex, confirming the obliteration of another layer of WestCONnex opposition by the Inner West council amalgamations. In the nearly 4 months since Administrator Pearson was appointed, nothing of real substance has been done. Council has set up the Community Forum and a IWC WestCONnex Response Unit, arranged for the Dept of Planning to appoint a compliance officer for the area, and in the last week, hung a “No WestCONnex” banner in Rozelle!

But despite community action groups asking for urgent action at last month’s Forum meeting, crucial actions have not been undertaken. The IWC promised a WestCONnex web page, which should contain details of all WestCONnex works notified for the area, documents received and commented on by IWC, and contact details for complaints. At the time of meeting, this webpage was not up, and we were there had been problems with it (this is now live on the IWC website). Flyers, which the previous Council had already agreed to distribute to residents, are “just about there”. Legal advice on an injunction to stop Stages 2 and 3 of WestCONnex is still awaited. No further work has been done on obtaining independent traffic modelling for WestCONnex exit points and surrounding roads.

We learned that Sydney Motorway Corporation and the Department of Planning only paid lip service to community input on the M5 Construction Environmental Management Plan, a document vital to the community with details of all construction, restrictions, hours, truck movements etc, which should definitely have Council input – Council had only been provided with an early draft and advised SMC that it couldn’t comment on an incomplete draft. SMC did not provide Council with a final draft for comment before the Department of Planning approved the Plan, clearly ignoring the communities most affected by WestCONnex. Pearson has not complained to SMC or the Dept of Planning about this.

WAG and the other WestCONnex action groups will continue to apply pressure on Pearson and IWC to take real and urgent action to oppose WestCONnex and keep to residents fully informed.