WESTCONNEX Action Group welcomed the release of a new independent review of the WestConnex business case, which confirmed the $16.8 billion toll road would be unlikely to recover its cost or ease traffic congestion.

The WestConnex Business Case Review, which was released on Tuesday by City of Sydney, described the business case as a “confused document” that overestimated the project’s benefits and underestimated its costs.

“This independent review confirms what we’ve said all along – the $16.8 billion WestCONnex toll road will be massive financial failure that will do nothing to ease traffic congestion in Sydney,” said WestCONnex Action Group (WAG) spokesperson Kathryn Calman.

“Far from being a road we ‘need’, as Roads Minister Duncan Gay claimed on 9 News, this review shows Sydney doesn’t need WestCONnex at all.

“And for Minister Gay to insist ‘this is happening’ regardless of whether WestCONnex makes economic sense shows how arrogant and out of touch he’s become.

“This review confirms WestCONnex will do nothing for those drivers stuck in traffic that Minister Gay’s supposed to be helping. His expensive WestCONnex brochures claim the toll road will save drivers 40 minutes – but this review shows the majority of drivers would save less than 3 minutes.

“The Cross City Tunnel and Lane Cove Tunnel went bust because drivers aren’t willing to pay for tiny travel time savings. WestCONnex will go the same way if it’s built, especially as its tolls will cost up to $11 each way.

“And WestCONnex is being funded by NSW and Australian taxpayers. So when it fails, it’s our money that will be lost – and with it, billions of dollars that could have been spent on health, education, and public transport.

“There’s no way the Baird Government should be wasting $16.8 billion on WestCONnex when the evidence says it will deliver no benefit to our city – and when it comes at such a huge environmental, social and economic cost.

“There’s still time for Mike Baird to do the right thing, pull his arrogant Roads Minister into line, and halt the WestCONnex toll road before construction of its most expensive and destructive sections begins.

“We urge Mike Baird to do that before he becomes known as the Premier who wasted billions of taxpayer dollars on WestCONnex, and destroyed huge parts of Sydney in the process,” said Ms Calman. 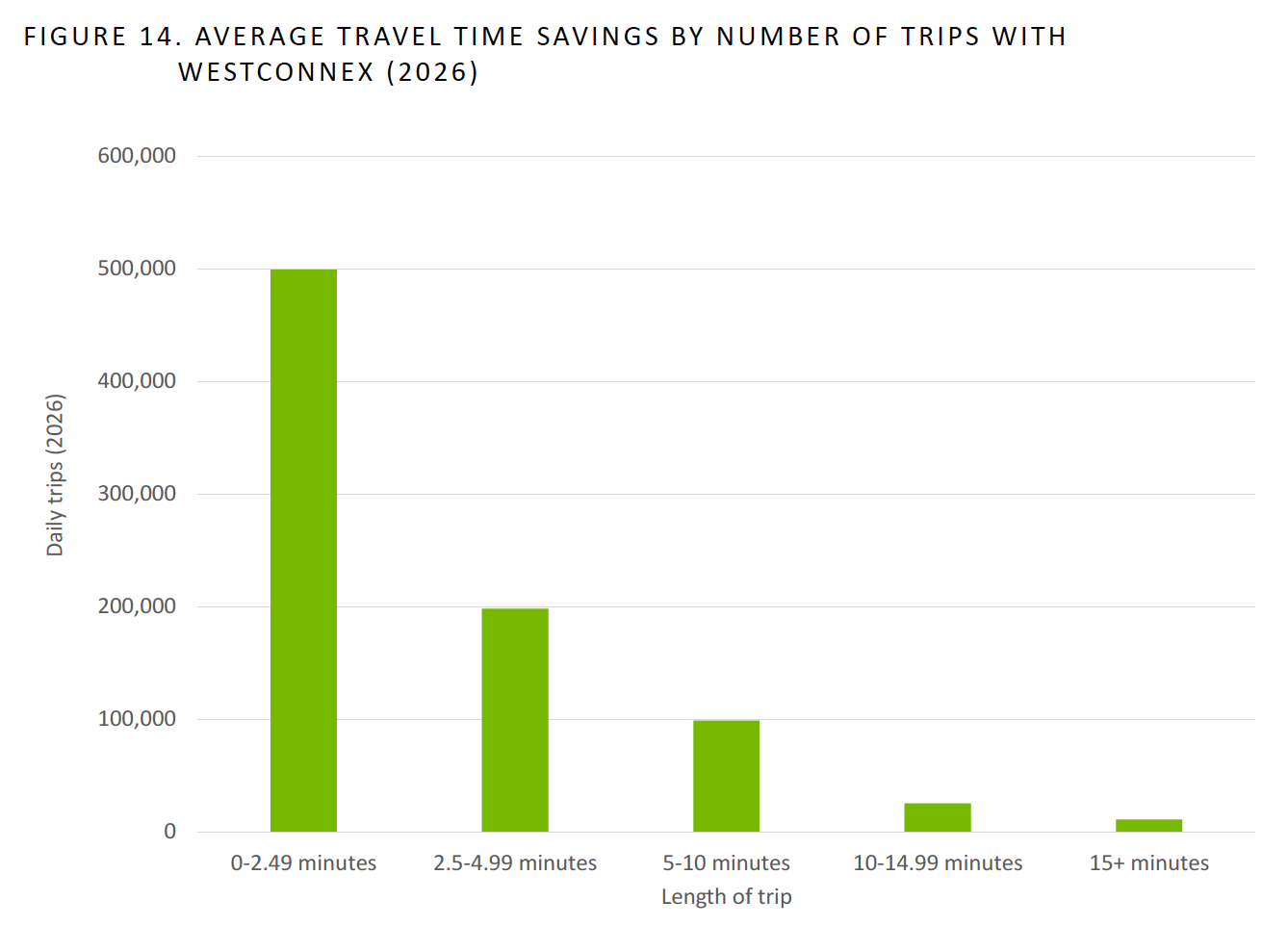