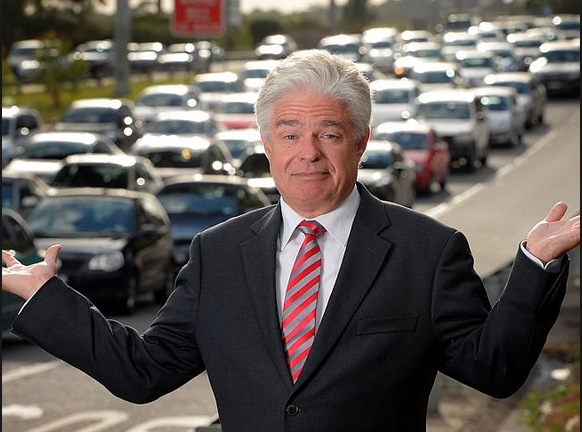 The event will be live tweeted by teams of locals from various resident action groups, using the hashtag #WestCONnex.

“We have a situation where WestCONnex has sent compulsory acquisition notices to kick people out of their homes, and they’ve managed to pull this off by avoiding any community consultation or even any information,” said Janet Dandy-Ward of WestCONnex Action Group.

“People of the Inner West are furious and tonight will be the first time they’ve been given the opportunity to get some answers. And we hope the answers are not just more weasel words.

“It’s pathetic that this WestCONnex night is a one-way broadcast – a so-called ‘information night’ where they will tell us what they want – this is very different to genuine community consultation, and we are demanding the common courtesies of due democratic processes before our homes are taken away.

“Nowhere in Australia should a government be allowed to kick people out of their homes and then later set up an information night to tell them that a 65-year-old road corridor will be reopened with no business case.

“It’s clear that tonight is a PR stunt by bureaucrats ticking boxes, because they’ve shown nothing but contempt for the people who will ultimately pay for this White Elephant tollway.

“There has been no information from WestCONnex and we still aren’t sure whether this is by design or because they’re making up on a day-to-day basis.

“One minute Minister Gay is saying that we should be happy that he’s fixing up what he called the ‘carpark on King St’; the next minute they’re saying King St won’t be a clearway.

“There is no plan and no published business case for this $20 billion of wasted taxpayers money, which plans to rip up communities and kick people out of their homes.

“We will be demanding accountability and justification of this WestCONnex scam before any contracts are signed, and I think it’s safe to say that the community will be extremely unhappy if substantial answers aren’t provided tonight,” said Ms Dandy-Ward.

Locals are encouraged to attend tonight and to continually demand an answer to questions if they aren’t given.