How WestCONnex broke its promises in Beverly Hills (Part 1)

WestCONnex Action Group's Kathryn Calman lives in Beverly Hills, south west Sydney. She's been dealing with the people behind WestCONnex for over two years, and has kept a record of what residents were promised for the King Georges Road Interchange upgrade versus what was delivered. It stands as a warning to other communities: don't believe what you're told by WestCONnex.

This is a journey of broken promises and manoeuvrings by WestCONnex to residents.

We were given a lot of promises, but not much detail, at the WestCONnex “information” sessions back in September 2014, which were held by the WestCONnex Delivery Authority (now the Sydney Motorway Corporation or SMC). Our critical noise walls would be down for just a couple of weeks, they said. Night works would be minimal, but if the noise proved difficult, relief housing would be provided. Many residents were assured they were entitled to in-house noise attenuation.

The harsh reality was that the walls were down for 13 months. Night works were intrusive. And very few residents have turned out to be entitled to in-house noise attenuation, despite the existing M5 being much louder than ever as the sheer walls the SMC have built has turned the motorway into an echo chamber.

The reality of WestCONnex is it does not matter what mitigation was promised to residents in the environmental impact statements (EISs), in meetings, or in so-called "community consultation" sessions. WestCONnex and their contractors consider they are free to deliver what they want - or not - at their whim. WestCONnex behave as if they are above the law, and the Department of Planning and Environment (DPE) obviously have no balls when it comes to enforcing breaches of their own planning conditions.

This is what residents were promised when it came to the new noise wall that WestCONnex would build:

“a public art process that is a collaborative and iterative process that is driven by the community, incorporating broad cultural themes such as symbols, images, events and / or words pertinent to the community. The artwork would be integrated with the noise wall panels either through photographic tiles, terrazzo, applied mural or traditional mosaic".

Here are some of the examples they provided to show us what that would look like. 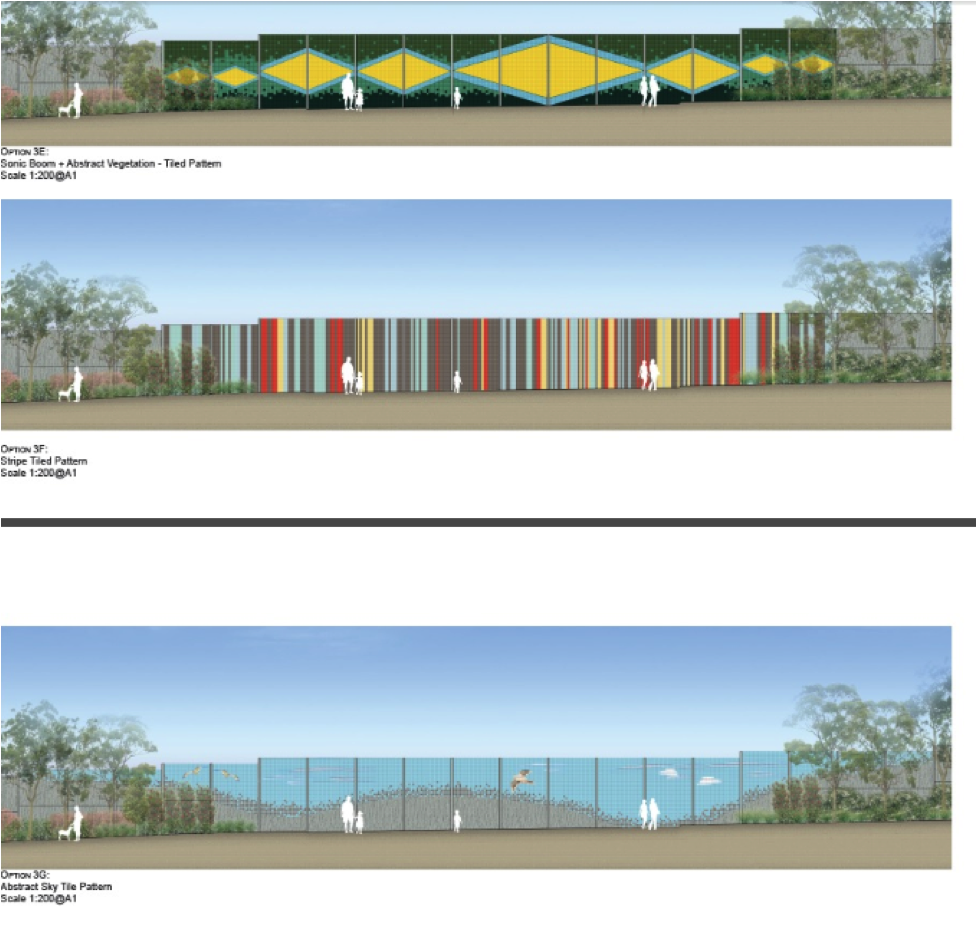 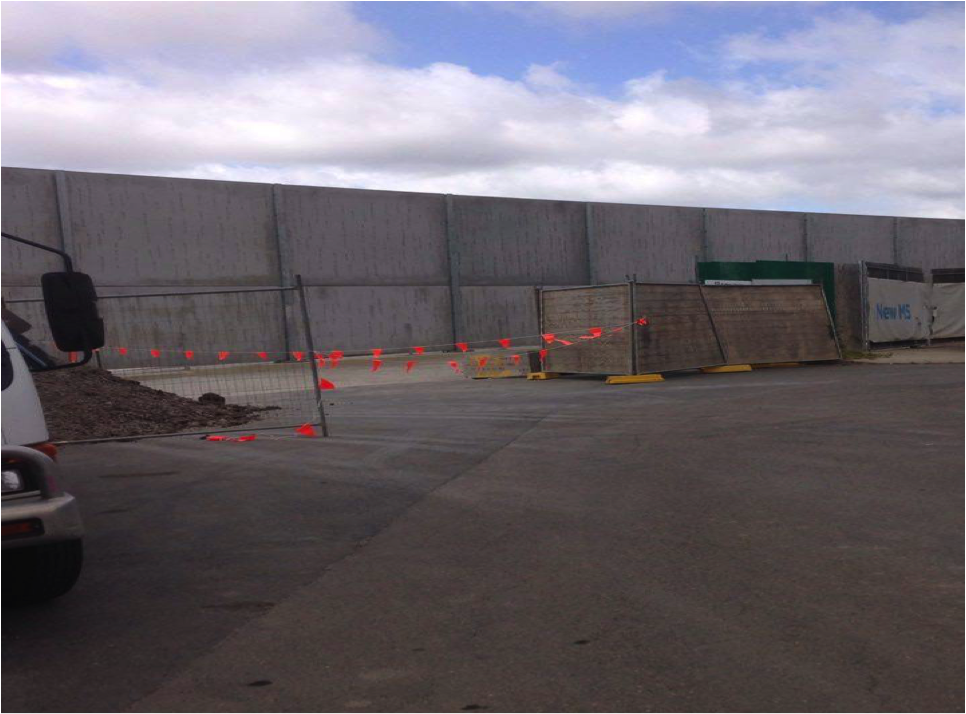 How do you get from the promise of “a community inspired collaborative feature wall artwork” in the WestCONnex Landscape Design - an official document - and end up with that eyesore?

And how did WestCONnex 'engineer' the delivery of a horrible outcome for residents and still be considered compliant by the DPE?

To understand this, we need to go through the regularly altered timeline, and see how WestCONnex sneakily manoeuvred its non-delivery of the promised feature wall.

Contrary to what we were told at the the WestCONnex information sessions, the EIS contained the shocking revelation that the walls would be down for 14 weeks - not the couple of weeks we'd been promised. When the noise walls came down in September 2015, only then were residents advised that the timeline had been revised again, and we would now be living next to the M5 motorway with no noise walls for five months.

By December 2015, residents who had now been exposed to high traffic noise and sleep deprivation were becoming desperate. So they agreed that WestCONnex could forgo the promised artwork on the noise walls so they could be reinstated as soon as possible.

As part of this compromise - which residents thought would mean the noise walls would be back up within a few weeks - WestCONnex gave residents a choice between light or dark textured concrete, and residents chose the latter.

Even so, we soon learned WestCONnex's timeframe for completing the noise walls had now been extended to eight months.

In March 2016, with only two of these eight months left to go, WestCONnex advised angry residents they'd ignored the community's request and ordered the light-textured pattern for their concrete wall. If we wanted the dark pattern we'd chosen, they told us, we'd have to wait another six months for our noise walls to go back up. By now, we'd endured six months of intense noise and interrupted sleep. So we agreed to the light-textured walls - anything to "get the bloody walls up".

But it wasn't until October 2016 – 13 months after the critical noise walls were ripped down - that WestCONnex finally completed them.

When we challenged WestCONnex and said that 13 months was more than enough time to deliver the noise walls decorated with the "public art process...driven by the community" that we'd originally been promised, they could only respond: "It didn’t happen."

Why these failures matter

As I have told the DPE, a feature wall of mosaics was promised to a community within the Landscape Design documents in the EIS. This is the only time the community has any feedback and contribution to the process.

It is not acceptable that WestCONnex kept watering down the delivery until what we received was a depressing eyesore that residents will have to stare at for decades to come.

And how did WestCONnex get it so wrong regarding the duration of the wall reinstatement from 14 weeks to 13 months? That difference is significant enough that WestCONnex should have been known about the risk of project delays beforehand, and advised residents accordingly.

The answer is multiple.

Readers may think – so what. It’s just a wall. It may be a wall, but the ramifications of sneaky manoeuvrings of WestCONnex to water down the scraps of community mitigations is significant. The cumulative impact of failed deliveries, changed plans, cost cutting, and much more traffic and pollution impacts on the very lives we lead.

And if the SMC, the Baird government, and the private corporations involved in WestCONnex can't get this basic element of one of the most straightforward parts of the tollway right, how on earth will they deliver the rest of it?

Read more about the construction breaches Kathryn and the residents of Beverly Hills have ben living through in her complaint to the Planning Department earlier this year.

Part 2 in this series will be coming soon.